Please ensure Javascript is enabled for purposes of website accessibility
Log In Help Join The Motley Fool
Free Article Join Over 1 Million Premium Members And Get More In-Depth Stock Guidance and Research
By Matthew Frankel, CFP® - Feb 7, 2018 at 10:23AM

Strong earnings and renewed hope for an acquisition are driving Genworth's shares higher.

Genworth Financial (GNW 3.16%) reported its fourth-quarter earnings today, and investors seem to be happy with the results. As of 10:30am EST, the stock is up by more than 14%.

Just to run through a few of the highlights: 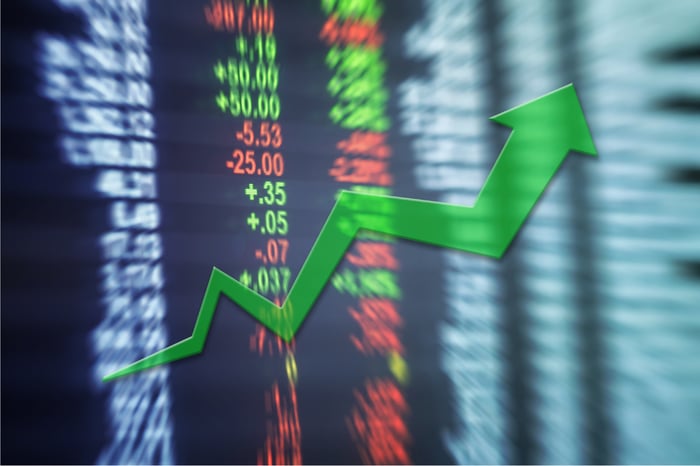 Even more significant, and what's most likely moving the stock along with the strong earnings results, is the news that Genworth and China Oceanwide Holdings Group have refiled their joint voluntary notice with regulators, hoping for approval for the latter's acquisition of Genworth.

The acquisition has been delayed several times due to government scrutiny, and was first announced in October 2016. China Oceanwide has agreed to buy Genworth for $2.7 billion, which translates to a deal price of $5.43 per share. This would be a massive 73% premium over the current stock price.

Also because of the delay in the acquisition, Genworth said that it would try to use secured debt to address about $600 million of debt that is due in May 2018.

Keep in mind that even after today's jump, Genworth shares are a long way off from its proposed acquisition price, which means that the market is still not too confident that the deal will get done. However, the news today means that a 75-day review period will effectively start over, buying more time for the deal to be approved instead of it falling apart altogether. The new deadline is April 1, 2018, however the companies can choose to withdraw and refile their application again if that date approaches with no approval.