Paycom Software (PAYC -1.43%), a software-as-a-service provider that focuses on the needs of human resource professionals, reported its fourth-quarter results on Tuesday, Feb. 6. Both revenue and adjusted EBITDA came in ahead of management's guidance once again, which shows that the company's all-in-one HR solution continues to resonate with customers. 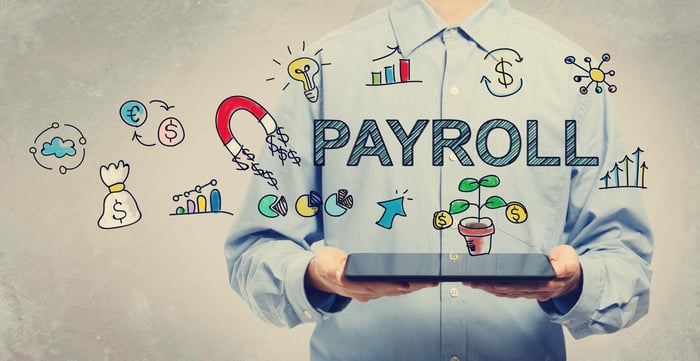 Zooming out to the full year, here's an overview of how the company performed in 2017:

Paycom CEO and founder Chad Richison kept his commentary very brief in the earnings release, noting that he was "proud" that the company was able to achieve its goals for the year.

On the company's call with analysts, Richinson elaborated a bit on why Paycom continues to win market share from incumbents:

Managers of these companies are becoming increasingly aware of cutting-edge HR technology and how it can help them produce efficiencies in their business. The broad functionality of the Paycom solution provides these organizations with best-in-class HR software functionality without the cost of third-party providers or integration. At the same time, our system is intuitive and easy to use, allowing it to be used by every employee often on a daily basis. This powerful functionality is why we believe Paycom is the best-positioned company in the industry to help clients achieve their potential by allowing them to unlock the value of their team members.

CFO Craig Boelte also took time on the call to announce that the company is transitioning to a new accounting standard starting in 2018. He noted that this change will not have an impact on the company's revenue, but it will reduce the company's reported sales and marketing expenses. As a result, it will lead to an increase in reported adjusted EBITDA and earnings per share.

Boelte also noted that the company's tax rate in 2018 will be lower thanks to the recent passage of the Tax Cuts and Jobs Act.

As usual, management provided investors with guidance for both the upcoming quarter and full year.

Here's what management expects to happen in the first quarter of 2018:

And here's the guidance that is being shared for the full year:

Richinson ended his commentary on the call by providing a succinct summary of the company's performance and opportunity ahead: "We believe that the market share that remains for us to capture is substantial and are building a sales organization that will allow us to leverage this opportunity. To sum up, 2017 was an excellent year for Paycom and we are excited about continuing our momentum through 2018."