The streaming platform operator got hit with two analyst downgrades in two days after coming off highs set in December.

Shares of Roku (ROKU 2.85%) fell 23% in the month of January, according to data provided by S&P Global Market Intelligence. The move was largely attributable to two analyst downgrades, but there were other developments during the month as well.

The company got hit with two downgrades in two days in the first week of January, with analysts expressing concern over Roku's stretched valuation as well as the dominance of Netflix and YouTube. Those two channels represent a disproportionate number of hours streamed on the platform, which Roku does not monetize. 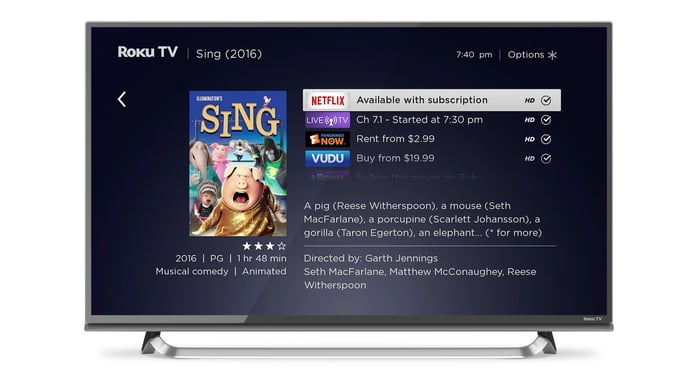 Meanwhile, shares had hit a high of nearly $59 in December, making the valuation look a bit lofty.

The stock stabilized near the end of January after it announced a new Ad Insights offering that would help advertisers better measure their ad campaigns, while prominent hedge fund Citadel disclosed a 5.6% passive stake in the company. That vote of confidence from a well-known institutional investor helped reassure public investors.