Shares of the supermarket chain rose as the company considered potential acquisitions to strengthen its business.

Shares of Kroger (KR -0.54%) were moving higher last month as the supermarket chain seemed to benefit from rumors that it could make an acquisition that would strengthen its position against new entrants like Amazon.com-Whole Foods and Lidl. As a result, the stock finished the month up 11%, according to data from S&P Global Market Intelligence.

The chart below shows the stock moved up steadily over most of the month. 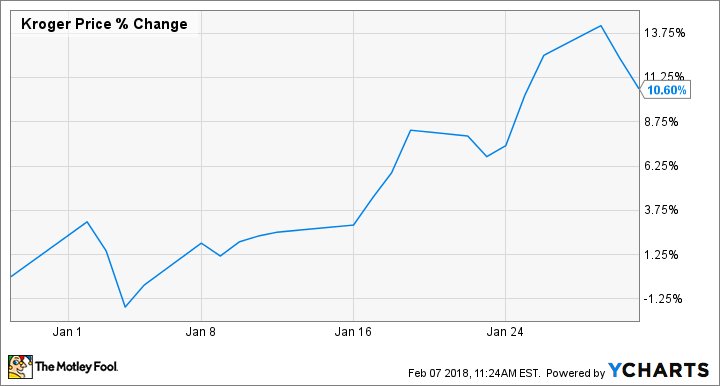 Kroger's biggest gains came on Jan. 25 as the stock jumped on reports that the company had entered preliminary talks with Alibaba, in a partnership that would surely strengthen Kroger's e-commerce position. The news followed earlier rumblings that Kroger was considering making a bid for Boxed, a buy-in-bulk e-commerce business, or Overstock.com. The company also began rolling out its "Scan, Bag, and Go" program, which allows customers to scan items as they shop so they don't have to stop at a cashier or self-checkout. 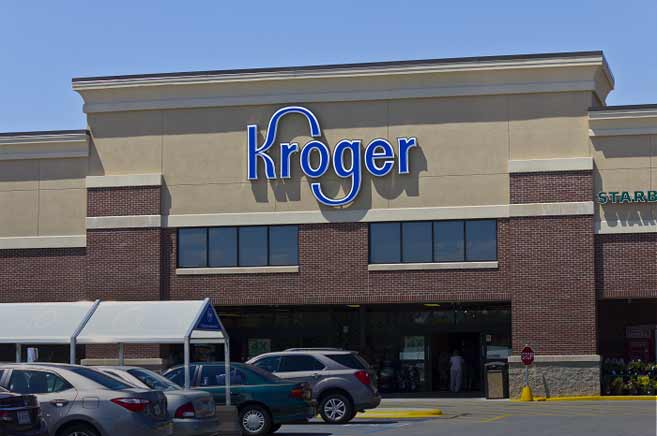 All of those moves contributed to the sense that Kroger was strengthening its position against new competition, giving investors confidence that the company would continue growing.

After January ended, Kroger also completed the sale of its convenience-store business for $2.15 billion to the U.K.-based EG Group, giving it more ammunition to make a big acquisition. Management said the move would help it free up cash to invest in its core grocery business as the company focuses on improving its current store base with new technology rather than adding new stores through acquisitions, its historical strategy.

The stock has given up a few points in February with the recent market slide, but the company seems to be making the right moves to grow market share. We'll learn more when the company reports earnings a month from now.