Shares nosedive after management issues guidance that fails to impress.

In response to FormFactor's (FORM 0.23%) fourth-quarter results and forward guidance, shares in the equipment provider to the semiconductor industry fell as much as 14% in early-morning trading on Thursday. Shares have since recovered but were still down about 8% as of 12:15 p.m. EST.

Here's a review of the headline numbers from FormFactor's fourth quarter:

The quarterly results were accompanied by tepid guidance for the current quarter:

The mixed quarterly results and unimpressive guidance are the likely reason shares are taking a step back today. 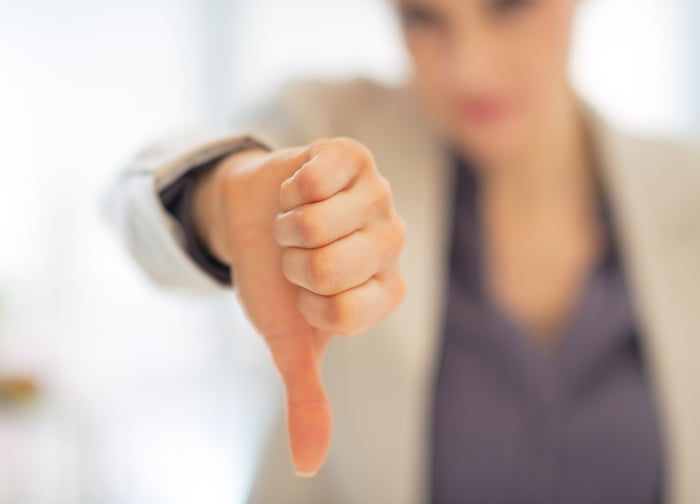 On the company's investor call, CEO Mike Slessor explained the weak quarterly guidance was caused by an order delay from the company's largest customer, Intel (INTC 0.32%). However, he said he expects the company to send out record shipments to Intel in the second half of 2018.

In response to the slow demand, management has decided to temporarily scale back its manufacturing capacity to dampen the overall financial impact. Slessor said that capacity can be scaled up quickly once the demand returns.

This is the second quarter in a row that FormFactor's stock has fallen hard as a result of disappointing guidance. While I still think there are reasons to believe this company can return to long-term growth eventually, FormFactor's huge dependence on Intel's capital spending plans is a major risk that investors must consider before buying shares.