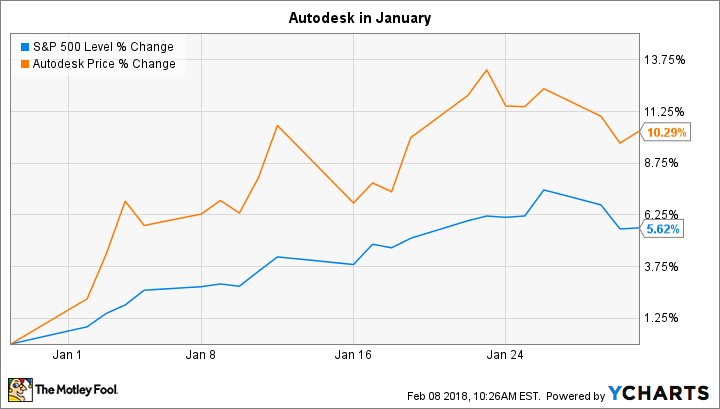 The company didn't announce any business updates last month. Instead, investors likely snapped up shares in response to growing optimism around Autodesk's shift to a cloud-delivered, subscription-based operating model. 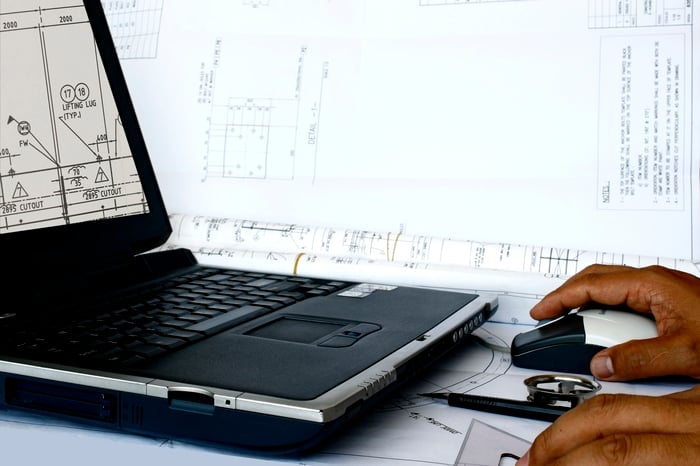 Hints of the long-term power of that approach was evident in its most recent quarterly results, which showed a 24% spike in annual recurring revenue, to almost $2 billion. Autodesk gained over 300,000 new subscribers in the third quarter to push its user base to 1.9 million.

Tempering that healthy growth was news that Autodesk is restructuring its business, including doing layoffs and shifting spending toward different investment priorities. That realignment didn't impact management's sales forecast for the 2017 fiscal year. However, it could figure prominently in the company's 2018 outlook, which will be part of fiscal fourth-quarter results due out in early March.