Shares of software company Autodesk, Inc. (NASDAQ:ADSK) jumped 41.6% in 2017, according to data provided by S&P Global Market Intelligence, as the company's subscription business model gained traction. But shares didn't have a very smooth ride last year, and there are a lot of questions for the company heading into 2018.

Shares jumped early in the year when Autodesk announced 233,000 new subscribers in the first quarter to end at 1.32 million. Annualized revenue also hit $692 million in the fiscal first quarter. 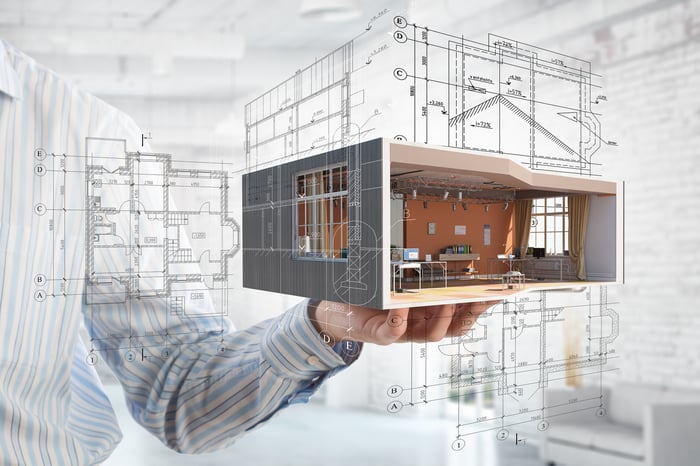 Some of the gains were given back later in the year as Autodesk's momentum slowed and investors became concerned about future growth. In the third quarter, subscribers increased 307,000 units to 1.9 million, but Autodesk still lost $119.8 million, or $0.55 per share, and it expects another $1.18 to $1.11 in per share losses in the fiscal fourth quarter.

Along with the fiscal third-quarter results, Autodesk announced it was laying off 1,150 workers, or about 13% of its workforce. That's not usually a sign of a healthy business, so shares pulled back some of their earlier gains for 2017 in late November.

It was an up and down year for Autodesk, but overall, shares performed well and the company made a lot of progress moving its business to a subscription model. There will definitely be some more hiccups as customers shift to subscriptions, something some customers may be able to delay for years. But the $924 million in annualized recurring revenue is a good sign, and so is $1.76 billion in deferred revenue from long-term subscription agreements.

Operations are pointing up for Autodesk, but for shares to continue their current run, we need to see improved profitability in fiscal 2019. Time will tell if that's what investors will see from this rapidly changing business.