A mixed third-quarter report, which came a few days after a major game delay, has put a damper on the stock.

Shares of Take-Two Interactive Software (TTWO -1.11%) slumped on Thursday following a mixed fiscal third quarter. Take-Two fell short of revenue expectations while producing higher earnings than anticipated. The recently announced delay of Red Dead Redemption 2 could also be weighing on the stock, which was down about 11% at 3:35 p.m. EST.

Take-Two reported third-quarter revenue of $480.8 million, up from $476.5 million in the prior-year period but below the $493 million analysts forecasted. Net bookings totaled $653.9 million, down from $744.8 million in the year-ago period. 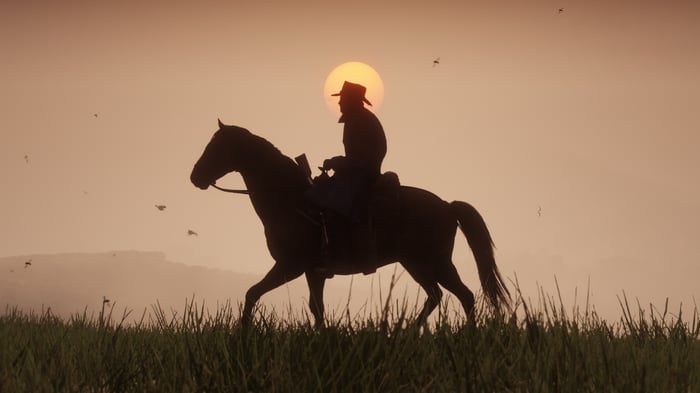 Earnings per share came in at $0.21, up from a loss of $0.33 in the prior-year period. Analysts estimated a loss of $0.10 per share. A 50% drop in software development costs and royalties compared to the third quarter of fiscal 2017 was responsible for the surge in earnings.

Take-Two announced on Feb. 1 that the highly anticipated Red Dead Redemption 2 from Rockstar Games would be delayed from spring 2018 to Oct. 26, 2018. However, it boosted its full-year guidance despite this setback.

The company's major franchises, like Grand Theft Auto, have long development cycles. Grand Theft Auto Online has helped smooth things out, and there are high hopes that Red Dead Redemption 2 Online will be just as successful. Investors will now need to wait until later this year to see if Take-Two has another blockbuster hit on its hands.