After posting 150% returns in 2017, China's Twitter continues to impress.

Starting 2018 in the same manner it ended 2017, Weibo Corporation (WB 2.54%) continued its strong performance, with shares of the social media network provider rising 25% in January, according to data from S&P Global Market Intelligence. 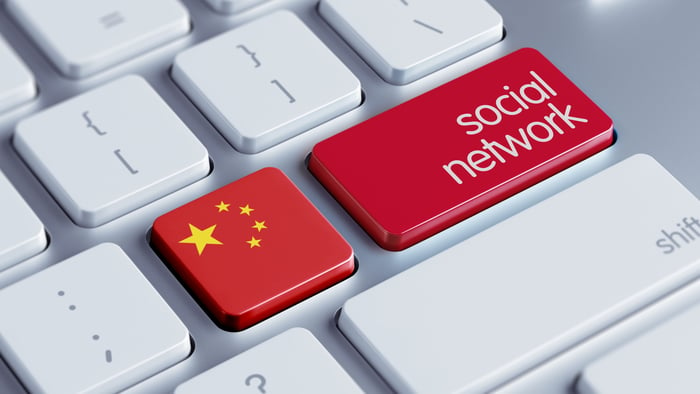 In addition to strong MAU growth, Weibo's top-line growth has been admirable. Through the nine months ended Sept. 30, Weibo has increased revenue 74% over the prior year's period. Net income has increased by 238% during the period.

In 2017, shares rallied approximately 150% as investors digested the news. During January, shares continued their strong run in anticipation of Weibo's fourth-quarter earnings announcement on Feb. 13.

It's likely Weibo will continue to boast strong growth figures, both on a MAU and a revenue basis, as China provides ample demographic and economic tailwinds. First, internet penetration is increasing; last year 40 million Chinese citizens became new Internet users. For comparison, that's more people than the population of Canada. Second, as the GDP per capita continues to increase, domestic spending -- and marketing spend -- will rise as well. That's all favorable for the internet-based marketing company.

A key risk is that Weibo operates in a quasi-communistic/capitalistic environment. Last week, shares fell on a report the Chinese government warned major technology companies they were not doing enough to root out "harmful information" and vulgarity on their sites. Last year, Weibo was reprimanded for not censoring content ahead of a Chinese Communist Party conference. But if you're looking for growth and are unfazed about potential government interference, put Weibo on your watch list.