Alphabet's (GOOG -0.27%) (GOOGL -0.21%) recent earnings report hit the market with a relative thud. Overall, the company reported a mixed bag versus analyst expectations. The search giant beat on revenue, posting $32.32 billion versus what Thomson Reuters reported was a consensus of $31.86 billion. The company missed on earnings per share, by posting $9.70 versus $9.98 expected. The next day, as investors digested the quarter, shares sold off more than 5%.

When a company with as much coverage as Alphabet beats revenue estimates but misses on EPS it means only one thing: Company margins are narrowing, most likely due to increased expenses. For Alphabet, three letters can explain the bottom-line miss: TAC (traffic acquisition costs). 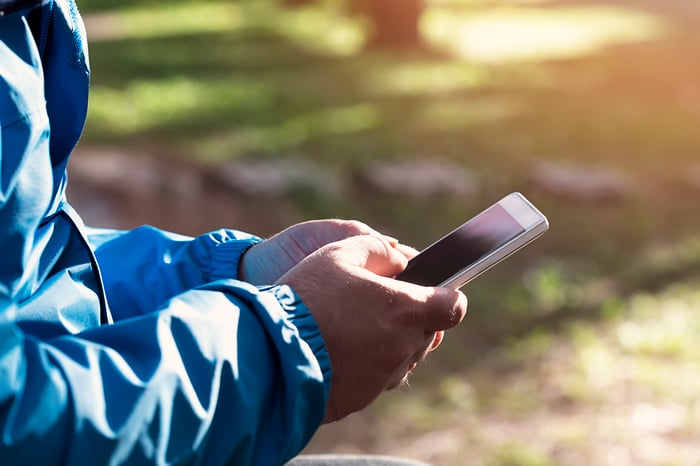 First, let's discuss what went right for Alphabet. Traffic continues to grow at a rapid clip; aggregate paid clicks on its sites increased 43% on a year-on-year basis in the quarter, even more than expectations. Cost-per-click, what advertisers pay Alphabet for a viewed advertisement, decreased again, but this was widely expected, as more browsing occurs on mobile devices like tablets and smartphones, where ads don't pay as much as they do on desktop.

However, there was a concerning trend in Alphabet's earnings. TAC -- the costs the company pays for affiliates, websites, and individuals to drive traffic to its site -- increased 33% on a year-on-year basis, a significantly higher percentage than the growth in ad-based revenue. As a result, TAC as a percentage of ad-based revenue increased to nearly 24%, putting a crimp in margins.

All dollar figures in billions. (Editor's note: A previous version of this article incorrectly stated the dollar figures were in millions.) Data source: Alphabet's 10-Q and 10-K filings. YOY = year over year.

As the chart shows, the trend in TAC appears disconcerting, as costs continue to outpace ad revenue growth. In the first quarter, the difference was 3.4 percentage points; in the fourth quarter, it grew to approximately 11.5 percentage points.

Is Apple the biggest beneficiary?

And that check is apparently only getting heftier. According to court documents, Alphabet paid Apple $1 billion in 2014. Last year, research firm Bernstein estimated that figure increased to $3 billion. Apple CEO Tim Cook has been relentless in increasing revenue from software and services, and will most likely continue to press for bigger payouts from Alphabet.

Investors should not expect this trend to reverse and TAC costs to fall in the intermediate time frame, or even to grow at a slower rate than ad revenue. However, after watching TAC growth outpace ad revenue growth so much in 2017, it would be encouraging to see the trend moderating.

In Alphabet's fourth-quarter conference call, CFO Ruth Porat noted that TAC as a percentage of revenue will continue to rise, which means TAC growth will exceed ad revenue growth, but that the pace will slow. Investors should watch TAC closely, but also understand that Alphabet is the predominant player in digital advertising, so it will continue to benefit from a shift away from print and television ads.