Nuances in Disney's pricing moves over the weekend show it realizing it will have to rely on local visitors to keep attendance climbing in 2018.

It's going to cost a bit more to make it to the self-billed Happiest Place on Earth. On Sunday, Disney (DIS 1.84%) boosted ticket prices for its Disney World and Disneyland parks. Even parking fees are going up by about 10%.

The increase itself isn't a surprise. Disney has boosted prices for what is now 30 years in a row, and it has executed these hikes on a February Sunday for what is now the fifth consecutive year. However, if we look beyond the actual increases, and sprinkle in some of the announcements that Disney made later that night during the D23 Expo theme-parks presentation in Japan, it all starts to make more sense. 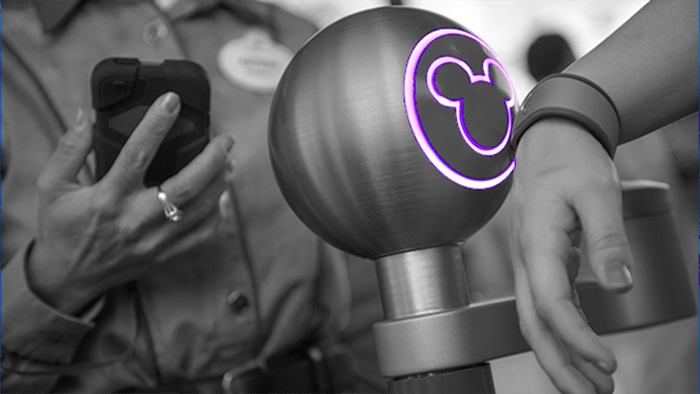 One trend worth dissecting is that the price hikes at Disney World are hitting out-of-towners harder than the locals. Some of the biggest increases were for multiday passes, but the markups were more modest for the promotional multiday offers made available only to in-state visitors. Even when we look at the priciest annual passes, Florida residents will be paying 7% to 8% more than they used to, while non-Floridians are seeing a 9% uptick on new Platinum and Platinum Plus passes.

Favoring the locals makes sense this time. Outside of the Toy Story Land going up at Disney's Hollywood Studios, there's little incentive to hit Disney World in 2018. Star Wars: Galaxy's Edge is coming in 2019, and Disney announced at D23 on Sunday night that Mickey and Minnie's Runaway Railway also won't arrive until next year. If you're not a regular visitor, you'll want to delay your trip until late 2019, to make sure you experience at least three new rides that will be more compelling than anything opening this year.

Another interesting morsel out of D23 is that Disney did not provide an opening day for Toy Story Land. It's been stuck on "summer of 2018" for more than a year, and any hopes for a springtime soft opening, like we saw with Pandora: The World of Avatar in May of last year, are fleeting at this point. Disney announced on Sunday night that Pixar Pier at Disney's California Adventure will open on June 23; it's easy to wonder if Toy Story Land will open even later than that, since it still can't offer up a firm date.

The lack of an opening date is going to keep even more out-of-towners from planning a Disney vacation in May, June, or possibly even early July. Making this past weekend's price increase easier on Florida residents makes sense, since Disney's going to need the locals to keep attendance humming along.

Looking out to next February's hike, it wouldn't be a surprise if Disney flips the script: Florida residents will probably see an even larger increase. The addition of several new attractions, and the possibility of opening delays for Toy Story Land, should make 2019 a record year for a company for which the theme park segment is the only business still growing. Disney won't need to lean on locals who expect discounts and spend less per capita at the resort, so those prices should rise faster than non-Florida admissions.

You won't find too many people excited about Sunday's price increases aside from Disney stockholders, but after 30 years of increases, with guests still trickling in, they're not something that's going to change.