No less than three Wall Street firms weighed in on MercadoLibre's prospects last month, starting with reinstated coverage and a hold rating from Deutsche Bank on Jan. 4. At the time, analyst Masha Kahn lauded MercadoLibre's history of innovation, customer focus, and proven ability to generate value for shareholders. Furthermore, Kahn noted the company is poised to benefit from "a large addressable market opportunity [...] in both e-commerce and online payments in Latin America." 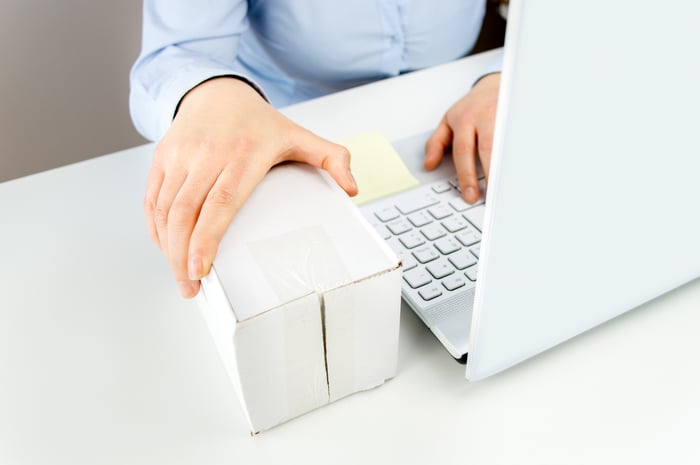 But Kahn also cautioned that competition is on the rise, and worried that MercadoLibre's valuation at the time left little room for execution errors. To be sure, MercadoLibre stock doubled in 2017, including a more-than-30% pop in the final two months of the year following its stellar third-quarter report in early November.

Less than a week later, however, Credit Suisse analyst Stephen Ju continued to spur MercadoLibre higher by reiterating his outperform rating and increasing his per-share price target from $380 to $385 (shares trade at roughly $354 as of this writing). To justify his increased optimism, Ju cited a higher-than-expected unit volume growth forecast in Brazil, particularly as MercadoLibre's investments in free shipping subsidies enable it to take market share from competitors.

Then later in the month, Stifel's Scott Devitt followed by maintaining his buy rating and raising his per-share price target to $415 from $350. Devitt largely echoed Ju's sentiment, speculating that MercadoLibre enjoyed continued strong sales momentum in both Brazil and Mexico through the holidays thanks to its shipping, customer loyalty, and marketing initiatives.

Time will tell whether Wall Street's optimism is merited; investors will receive their next update to that end when MercadoLibre announces fourth-quarter 2017 results late next week. But in the meantime, it was no surprise to see the stock continuing to soar last month.