Please ensure Javascript is enabled for purposes of website accessibility
Log In Help Join The Motley Fool
Free Article Join Over 1 Million Premium Members And Get More In-Depth Stock Guidance and Research
By Dan Caplinger - Feb 13, 2018 at 9:24AM

2017 witnessed many natural disasters across the U.S. Wildfires ravaged California and other portions of the West, while hurricanes in Texas, Florida, and Puerto Rico caused unprecedented damage in many areas. Added to severe storms throughout much of the heartland, the need for the power generation equipment that Generac Holdings (GNRC -0.44%) manufactures was greater than ever.

Coming into Tuesday's fourth-quarter financial report, Generac investors were anticipating that the tough weather conditions would bring benefits to the company's financials. Yet even the most bullish investors weren't fully prepared for the gains that the generator manufacturer saw in key financial metrics. Let's look more closely at Generac Holdings' latest results and what the company expects in 2018. 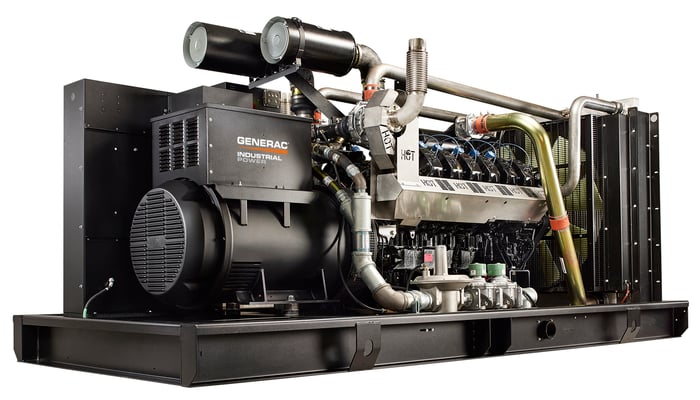 Generac's fourth-quarter results were impressive. Revenue was up 17% to $488 million, which was even better than the 14% growth rate that most investors were looking to see from the company. Adjusted net income gained 20% to $85.9 million, and its adjusted earnings of $1.37 per share easily beat the consensus forecast among those following the stock for $1.19 per share.

Tax reform played a role in some of Generac's gains. The company said that acceleration of certain tax deductions added $0.15 per share to its earnings for the period, while revaluation of net deferred tax liabilities resulted in a $28.4 million non-cash gain.

Yet most of Generac's revenue growth came from strong market conditions. The company got more of its sales gains from its commercial and industrial category, which saw sales jump 27% to make up more than 40% of Generac's overall revenue. That reversed the trend in the previous quarter, reflecting the extent to which the industrial economy has started to pick up in recent months. Yet residential product sales growth was still solid at 11%.

Generac kept its cost discipline intact during the period. Gross margin was down just 1/10 of a percentage point to 36.8% as Generac was able to keep pricing strong despite an unfavorable sales mix. Operating expenses climbed just 11% from year-ago levels, boosting operating margin and helping to bring more of Generac's sales gains down to the bottom line.

CEO Aaron Jagdfeld explained the gains. "Shipments of home standby generators during the quarter were near record levels," Jagdfeld said, "as higher power outage activity drove significant awareness for the product category during the second half of the year." The CEO also noted that rental industrial and commercial customers spent more money on fleet equipment like light towers and mobile generators.

Generac has high hopes for the coming year. The generator manufacturer was happy that its international segment has done so well, indicating that the opportunities outside Canada and the U.S. are worth pursuing more strongly. Better operating conditions in key industries should also help commercial demand, which is a bit less dependent on weather events to drive sales.

Yet the guidance that Generac gave was fairly modest. The company expects sales to rise just 3% to 5% in 2018, despite enjoying some favorable currency impacts. The outlook recognizes that it will be difficult to duplicate results like it had in 2017 if the storm season returns to more normal levels, but improved net margin of 9.5% to 10% and strong free cash flow generation expectations reflect structural changes in the company's operations that bode well for Generac's long-term future.

Generac investors seemed pleased about the report, and the stock was higher by 4% in premarket trading following the announcement. While residents of storm-ravaged areas hope for a less tumultuous 2018, shareholders will look forward to seeing how Generac aims toward a more sustainable path to growth even as it serves those who need help the most in the aftermath of major weather events.

5 Unstoppable Stocks on Sale to Buy Now and Hold Forever