Please ensure Javascript is enabled for purposes of website accessibility
Log In Help Join The Motley Fool
Free Article Join Over 1 Million Premium Members And Get More In-Depth Stock Guidance and Research
By Brian Feroldi - Updated Feb 13, 2018 at 11:40AM

Shares are tumbling after news breaks that the U.S. government has filed a lawsuit against the company.

Shares of Henry Schein (HSIC 0.40%), a maker of dental and veterinary products, fell as much as 13% in early morning trading on Tuesday as a result of accusations leveled against the company for breaking antitrust rules. The stock has since recovered but is still down about 10% as of 11:05 a.m. EST.

On Monday night, it was reported that the Federal Trade Commission has filed a complaint against the three largest U.S. dental supply companies in the country -- Benco Dental Supply, Henry Schein, and Patterson Companies (PDCO 1.33%) -- for running afoul of antitrust law. When combined, these three businesses control about 85% of the $10 billion dental market.

The complaint alleges that the companies conspired to prevent dental groups from buying their products in bulk at a discount. The FTC claims that Benco and Henry Schein entered an agreement to refuse to compete with each other for the buying groups' business. Patterson later joined the agreement, but a fourth supplier -- Burkhart Dental Supply -- was asked to join but refused.

A trial is expected to be held in October of this year to review the case. 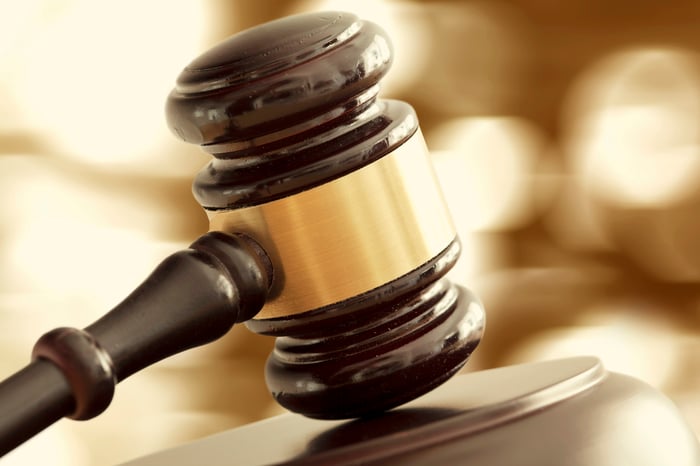 Here's a statement that Henry Schein released in response to this news:

According to management, this matter shouldn't have an impact on the company's financial performance.

Is Henry Schein in the wrong here? That's unclear at this point. It's also unknown whether this lawsuit will permanently impair the company's ability to do business in the long term.

While it is possible that this trial will go nowhere and Henry Schein will be fine, there's no doubt that this news raises questions about the long-term potential of this business. Given the uncertainty, I think the smart move is for potential investors to watch this story play out from the sidelines.