The video game titan enjoyed a relief rally after the release of its Q3 earnings.

Coming into Electronic Arts' earnings release, some investors were worried that poor sales of Star Wars: Battlefront 2 would dent the company's results. Controversy surrounded EA's monetization strategy for the game, which included the option for players to pay to unlock special characters. Gamers complained that this gave unfair advantages to the wealthy, and some people even boycotted the game. EA eventually succumbed to the pressure and halted the title's in-game purchases.  But the damage had been done, and analysts feared that the game's sales would badly miss expectations. 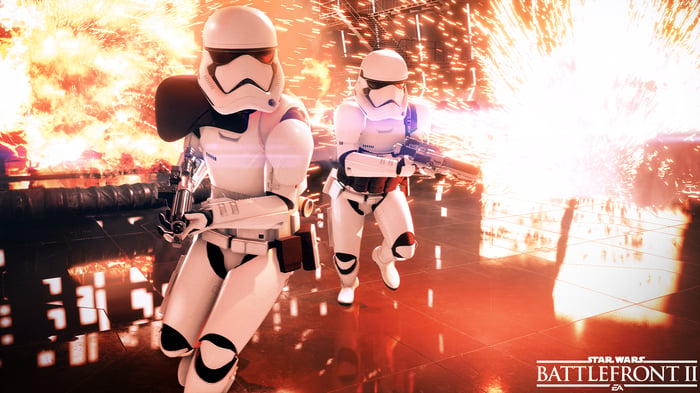 When Electronic Arts reported its third-quarter results on Jan. 31, sales of Star Wars: Battlefront 2 did, in fact, come in under the company's estimates. "For Q3, we had expected the sale of about 8 million units, but we fell short of that, by less than 1 million units," CFO Blake Jorgensen said during a conference call with analysts. Yet this shortfall was largely offset by strong sales of live services for EA's other titles, delivering game updates and new content to subscribers. Moreover, Electronic Arts said that it remains on track to hit its goal of generating $1.6 billion in operating cash flow in fiscal 2018, which helped to lessen concerns that its in-game purchasing issues with Star Wars: Battlefront 2 would spread to its other titles.

The ability to weather the disappointing launch of a major game like Star Wars: Battlefront 2 is a testament to the strength of EA's product lineup. Madden, FIFA, and The Sims are other core franchises that add diversification and stability to the company's revenue and cash flows. Combined with the growing contribution from its live-services offerings, these properties give Electronic Arts investors multiple ways to win in the years ahead.