A big-cap biotech is cozying up with the company on one of its most important drugs.

Nektar Therapeutics' promising pipeline of drugs helped turn its shares into one of 2017's top-performing stocks and the momentum continued today following news that big-cap biopharma Bristol-Myers has agreed to pay big money for 35% of the potential profit associated with NKTR-214. 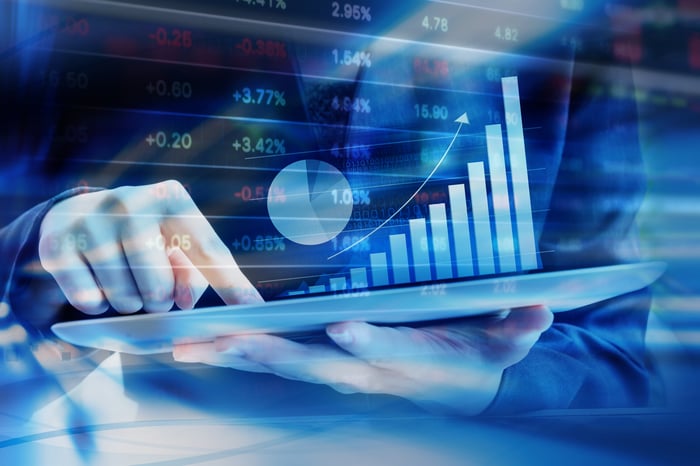 Specifically, Bristol-Myers Squibb is paying Nektar Therapeutics $1.85 billion up front, comprising $1 billion in cash and an equity investment of $850 million. The former has also agreed to pay the latter an additional $1.78 billion in milestones, of which $1.43 billion is tied to development and regulatory milestones, with the remainder payable if NKTR-214 achieves specific sales milestones.

In return, Bristol-Myers Squibb gets nearly 8.3 million shares of Nektar Therapeutics at a price of $102.60 per share, and if NKTR-214's trials succeed, it can receive 35% of its global profit. Nektar Therapeutics retains the right to evaluate NKTR-214 in combination with other cancer drugs, so long as those relationships don't target the same mechanism of action as studies being conducted with Bristol-Myers Squibb.

Bristol-Myers Squibb will pick up a substantial amount of the tab associated with combination studies that involve NKTR-214's use alongside its Opdivo and Yervoy. It will also cover 67.5% of development costs for studies involving only NKTR-214 and Opdivo, and will pay 78% of the costs having to do with triplet studies that include NKTR-214, Opdivo, and Yervoy.

Rumors have been swirling that a deal could be in the works for Nektar Therapeutics lock, stock, and barrel and this licensing agreement provides compelling conviction that Nektar Therapeutics is on to something big with NKTR-214, a solid-tumor cancer drug that activates T cells and natural killer cells directly in tumors and increases PD-L1 expression so that immuno-oncology drugs like Opdivo work better.

Nektar Therapeutics also has another important catalyst fast approaching. It plans to file NKTR-181 for Food and Drug Administration approval in chronic back pain during Q2 2018. NKTR-181 is intriguing because it's a slow-release medicine that results in less euphoria than existing opioid pain treatments.

Overall, I think this deal is a win because Nektar Therapeutics lands a deep-pocketed partner with extensive experience in NKTR-214's target indications while also retaining significant optionality on this drug. Furthermore, it gives Nektar Therapeutics the option still to find a collaboration partner on NKTR-181 and other cancer-fighting drugs further back in its pipeline.