There was no news driving the gains. What's going on?

Shares of Fitbit (FIT) jumped on Wednesday. There was no news driving the stock higher, but the company's acquisition of a connected health platform announced on Tuesday could be a contributing factor. Fitbit stock was up about 10% at 3:45 p.m. ET.

Fitbit has suffered from four consecutive quarters of revenue declines. Demand for the company's fitness trackers has slumped, and it's still unclear whether its Ionic smartwatch will be able to turn the tide. Fitbit will announce its fourth-quarter results on Feb 26. 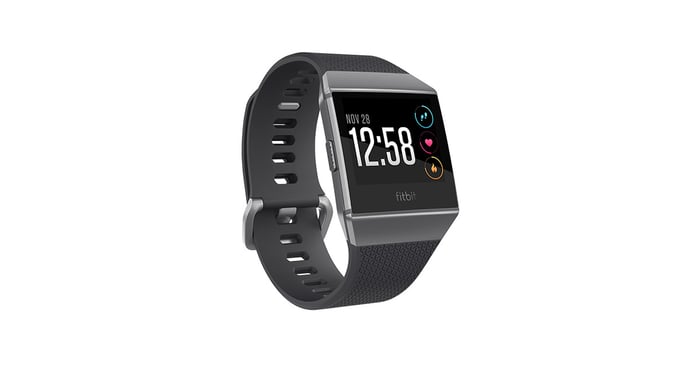 Part of Fitbit's turnaround plan involves focusing on health. The company announced on Tuesday plans to acquire Twine Health, a health coaching platform. "With this acquisition, Fitbit further extends its reach into healthcare and lays the foundation to expand its offerings to health plans, health systems, and self-insured employers, while creating opportunities to increase subscription-based revenue," read Fitbit's press release announcing the deal.

Fitbit stock didn't move much on Tuesday after this deal was announced, so it may have nothing to do with Wednesday's move.

Analysts are expecting Fitbit to produce a slight increase in revenue during the fourth quarter. Whether the company can deliver rests on the shoulders of Ionic. If Fitbit fails to produce growth, the gains from Wednesday's double-digit rally could evaporate.