The IT services and software engineering leader offered a mixed quarter and reduced guidance. Here's why.

Shares of Luxoft Holding (LXFT) were down 14% as of 1:45 p.m. EST Wednesday after the company announced mixed quarterly results and reduced its full fiscal-year guidance.

More specifically on the former, Luxoft's fiscal third-quarter 2018 revenue climbed 14.3% year over year to $236.6 million and translated to adjusted earnings of $30.5 million, or $0.89 per share. By comparison, investors were looking for lower adjusted net income of $0.82 per share, but on higher revenue of $240.4 million. 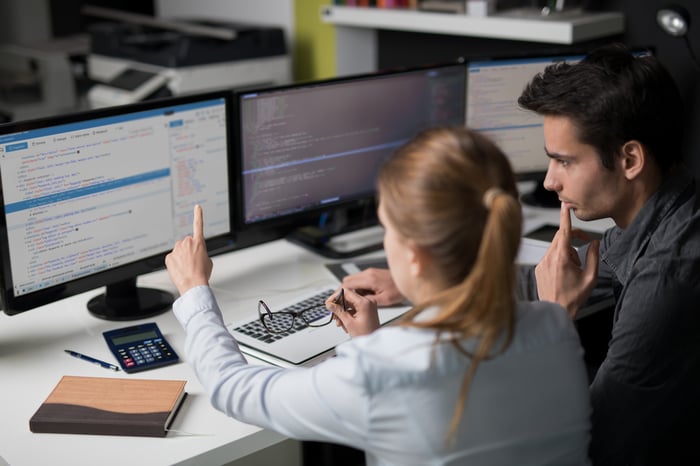 That's not to say Luxoft was displeased with its performance.

To be sure, had it not been for the outsized concentration of revenue from Luxoft's top two clients, sales would have climbed 26.5% year over year. And Luxoft enjoyed double-digit revenue growth from each of its four largest industry verticals, with increases of 12.9% in financial services (to $138.1 million), 10.1% at automotive and transport (to $36 million), 57.5% at telecom (to $28.1 million), and 13.1% from digital (to $26.1 million).

To explain the reduction, Luxoft management pointed to its decision to de-emphasize lower-margin, noncore business in favor of focusing on its most attractive, higher-margin opportunities.

Make no mistake; this should leave Luxoft a stronger, more profitable business in the end. But it's hardly surprising that our short-term-oriented market isn't taking kindly to the news.