Cryptocurrencies are continuing their rally, with bitcoin surpassing $10,000 again.

Leading cryptocurrency bitcoin (BTC-USD) is continuing its multiday rally, up another 9% on Thursday and surpassing the key $10,000 level for the first time in two weeks. Other major cryptocurrencies are mostly in positive territory as well.

Despite the recent cryptocurrency rally, yet another famous billionaire investor has made extremely negative comments about bitcoin. Here's a look at the latest cryptocurrency prices and what Berkshire Hathaway's (BRK.A 0.07%) (BRK.B 0.30%) vice chairman thinks about the "bitcoin craze." 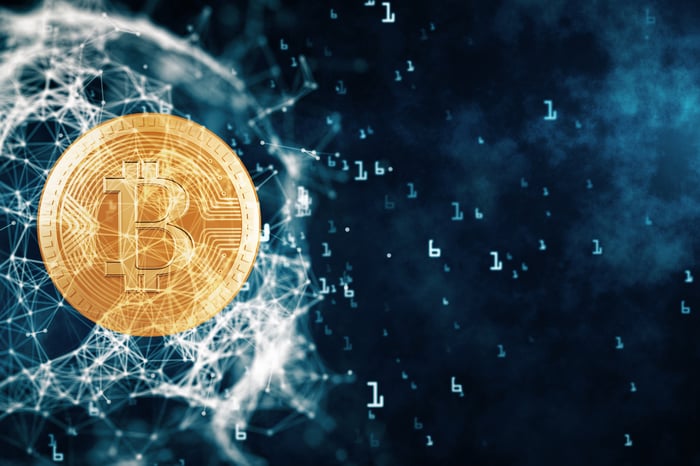 Data Source: www.investing.com. Prices and daily changes as of Feb. 15, 2018 at 3 p.m. EST, and prices are rounded to the nearest cent where appropriate.

The largest cryptocurrencies are all up for the day, with bitcoin (BTC-USD) as the biggest gainer. The leading cryptocurrency has gained nearly 70% since bottoming out at less than $6,000 last Tuesday.

The recent gains have prompted many bitcoin enthusiasts to renew their calls for $25,000 or even $50,000 bitcoin values by the end of 2018. However, there are many high-profile investors who think bitcoin is nothing but a good way to lose money, with Berkshire Hathaway's Charlie Munger being the latest to voice his negative opinion.

Berkshire's Charlie Munger has even more harsh words about bitcoin

Speaking at the annual meeting of the Daily Journal, Munger referred to bitcoin as "noxious poison."

He said that he considers the surge in bitcoin's popularity to be "totally asinine" and said that the government should have cracked down on it when it began to spike in the last few months of 2017. "Our government's more lax approach to it is wrong," Munger said. "The right answer to something like that is to step on it hard. I expect the world to do silly things from time to time, because everybody wants easy money."

These latest comments come after Munger's previous warning on bitcoin. In November, Munger called bitcoin "total insanity," and said that people should avoid bitcoin "like the plague." Buffett, Munger's longtime business partner, has said that he's almost certain "[cryptocurrencies] will come to a bad ending."