Please ensure Javascript is enabled for purposes of website accessibility
Log In Help Join The Motley Fool
Free Article Join Over 1 Million Premium Members And Get More In-Depth Stock Guidance and Research
By Jamal Carnette, CFA - Feb 15, 2018 at 11:33AM

Grocers should take notice of recent announcements from Amazon and Whole Foods.

When Amazon (AMZN 0.25%) announced its intentions to purchase Whole Foods last year for $13.4 billion, or $42 per share, it sent a shot across the bow of the entire grocery industry. On the day the acquisition was announced, the shares of most competitors plunged, with pure-play grocer Kroger falling 9%; investors assumed the combination would instantly disrupt the $800 billion industry.

On many levels, the acquisition could be considered a success. In 2017, Amazon and Whole Foods claimed 18% of all online grocery sales in the U.S., double Walmart's 9% market share. However, some investors were looking for a drastic change to the brand, or significant disruption to traditional grocery, and that hasn't quite happened at this point, apparently by design.

In a press release, Jeff Bezos said "Whole Foods Market has been satisfying, delighting and nourishing customers for nearly four decades -- they're doing an amazing job and we want that to continue." Whole Foods continued to operate its corporate headquarters in Austin, with John Mackey remaining CEO of the Whole Foods brand.

That could all be about to change. 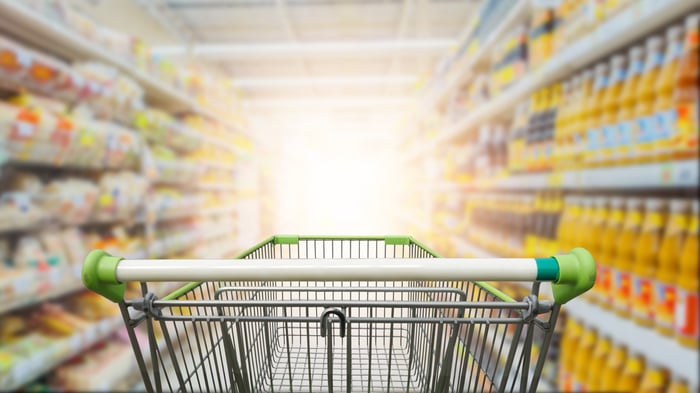 Amazon's VP of Amazon Prime and delivery experience, Greg Greely, is now bringing his expertise to the Whole Foods division. Per his title, Greely's piece de resistance was his work with Amazon Prime, growing it from an idea to a service that now has an estimated 90 million members. The second part of his title is just as important, as it points to an acknowledgement that Amazon wants to increase deliveries from Whole Foods.

Unsurprisingly, in an announcement that fits perfectly in a Venn diagram of Greely's skill set and the Whole Foods acquisition, Amazon announced it will begin delivering Whole Foods groceries in two hours for Prime users. The program will soon enter a pilot phase in the cities of Austin, Cincinnati, Dallas, and Virginia Beach, but the company plans to expand the service nationwide later this year.

More recently, there have been concerns about Whole Foods from both shoppers and employees. From a shopper standpoint, Whole Foods has seen an increase in empty shelves and stockouts. Many incorrectly fault Amazon, but the new inventory-management system, dubbed order-to-shelf (OTS), predated Amazon's acquisition. Employees, long considered a key part of Whole Foods' success, have complained about the new system, calling it "militaristic" and morale-crushing.

Amazon's two-hour shipping could put further pressure on Whole Foods' strained inventory system, resulting in more stockouts and a worse experience for in-store consumers, who will (most likely) continue to provide the bulk of sales. Additional concerns are communication and SKU (stock-keeping unit) availability across Amazon's online database and Whole Foods' databases. While Amazon is the king of e-commerce, with strong distributional and logistical experience, the company doesn't have significant experience operating and stocking physical stores.

On the flip side, it's possible Amazon could help Whole Foods' inventory issues. Whole Foods initiated OTS to help cut $300 million a year in costs by 2020, in hopes that supply-chain improvement and labor-cost savings could make the company more efficient. Increases in sales -- whether online or in-store -- improve inventory turnover, which increases profitability and efficiency.

One thing's for sure: If Amazon and Whole Foods can succeed in two-hour delivery of groceries, it's likely that the negative sentiment investors initially felt toward the rest of the industry was justified.