The search giant continues to expand its Internet of Thing offerings.

Yesterday, Alphabet (GOOG 2.15%) (GOOGL 2.37%) subsidiary Google announced that it will acquire Xively from LogMeIn (LOGM). Xively is an Internet of Things (IoT) platform that is currently a part of LogMeIn, helping companies create IoT devices that can connect to the internet. Xively also has a handful of hardware partners that offer pre-certified integrations, accelerating the development cycle.

On LogMeIn's earnings call Thursday, the company confirmed that the price tag for the sale was $50 million. 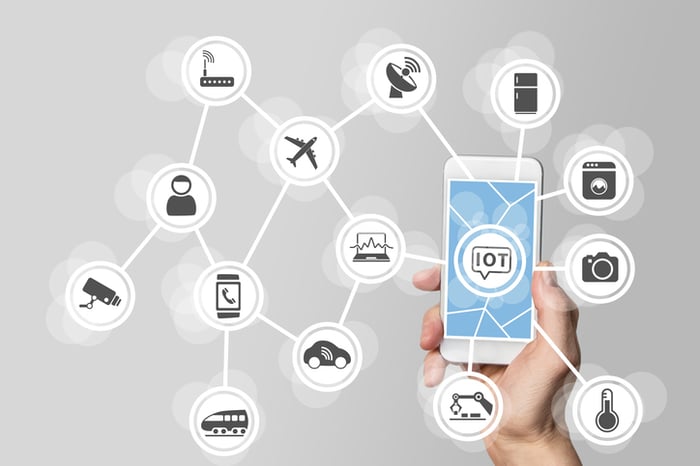 Google's growing cloud platform already includes several IoT offerings and services that help enterprise customers connect devices while managing and processing all of the IoT data collected from those gadgets. The company had also announced Google Cloud IoT Core last year at its I/O developer conference, which opened up as a public beta in September. It includes features like allowing customers to bring their own security certificates and use HTTP to connect existing IoT devices, among others.

LogMeIn also noted that Xively generated $3 million in revenue last quarter, and 45 Xively employees will be joining Google as part of the transaction. In selling Xively, LogMeIn will be able to better focus and prioritize its investments around its core markets, CEO Bill Wagner said in a blog post.

Competition in the cloud

AWS brought in $5.1 billion in revenue and $3.7 billion in operating income during the fourth quarter, making it the company's most profitable business by far. Azure revenue soared 98% last quarter, although Microsoft does not disclose Azure revenue in absolute dollars. Google said earlier this month it generated $1 billion in cloud revenue last quarter, and its cloud infrastructure business is part of its fast-growing "Google other revenues" segment.

The broader market for cloud infrastructure continues to boom, growing 45% in 2017 to $16 billion, according to market researcher Canalys. AWS still leads the pack with 32% market share, followed by Microsoft at 14% and Google with 8%. IoT is only going to become increasingly important to the cloud, making the Xively deal a no-brainer.