Please ensure Javascript is enabled for purposes of website accessibility
Log In Help Join The Motley Fool
Free Article Join Over 1 Million Premium Members And Get More In-Depth Stock Guidance and Research
By Rich Duprey - Feb 16, 2018 at 9:33AM

After a slow start, the vanishing message site could eventually take over the social media giant.

Snap (SNAP -4.94%) has been broadcasting snippets of the 2018 Winter Olympics live from PyeongChang, South Korea, but don't expect to see any Snapchat users dumping live feeds into the app. Snapchat has no intention of allowing users to telecast their own viewpoints.

That puts Snap at odds with Facebook (META -0.10%), Instagram, YouTube, and even Twitter (TWTR -0.05%), all of which allow their users to broadcast live from within the platform, but the point of differentiation may actually be a smart play on the camera company's part. 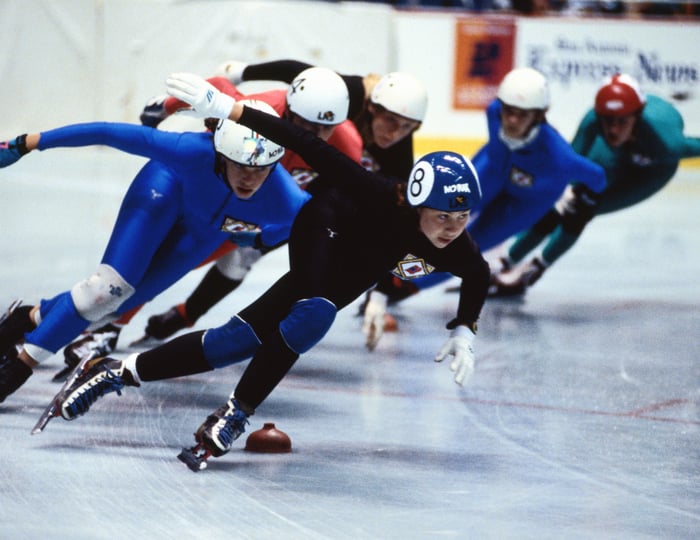 A hint of programming to come

Snap launched the new "Live" feature to let broadcasters air snippets of live content on Snapchat's Discover section. In partnership with Comcast's (CMCSA 0.56%) NBCUniversal division, a single clip of a "pivotal moment" at the Olympics is being livestreamed daily in conjunction with NBC's broadcast of the games.

NBC is the first TV partner Snap collaborated with on the new feature -- a year after the studio invested $500 million in the camera company as part of its IPO. TechCrunch notes that in addition to the individual games coverage, there will also be crowdsourced Our Stories from the games and BuzzFeed will produce Stories that compile the best footage including custom context cards with Olympic schedules and medal counts.

NBCUniversal has sought to stake out a broad swath of the social and digital media landscape, previously investing in sites like Buzzfeed and Vox, and NBC had spent more than $1.5 billion on digital media assets. It resulted in NBCUniversal producing a pop-up Discover channel during the Summer Olympics in Rio de Janeiro, Brazil in 2016 that featured content from the games produced by BuzzFeed.

The partnership also means there's likely to be even more content coming out in the near future that extends beyond the Olympics. Last October Snap formed a joint-venture studio with NBCUniversal to produce app-oriented entertainment. Variety reported there will soon be scripted shows, like short-form comedy and dramas along the lines of the work Snap assisted the studio with, including NBC News Stay Tuned, E!'s The Rundown, and The Voice.

While the expansion of Snap's partnership with NBCUniversal and its added capabilities begin to put it on par with its social media rivals, it's a strategic play to not let users upload their own live video.

There is plenty of live content on YouTube and Facebook, but nothing is especially compelling. Indeed, even some horrific crimes have been broadcast live over Facebook. While that might not say much about the criminal mind, considering it allowed the involved parties to be swiftly caught, it also proves it doesn't elevate the medium either.

Snap says it hasn't seen users clamoring for the capability, though it believes users will view professional content uploaded to the site. Interestingly, the video is formatted to play vertically on mobile phones. On other platforms, shooting video that way often considerably decreases views.

Snapchat on the rise

The timing of the feature certainly couldn't be better. Snap just reported its 2017 earnings that showed daily active users rose 18% to 187 million -- the first quarter in two years that the growth rate was higher than the previous quarter. While that still lags behind Snap's rivals -- Facebook has 1.4 billion and Instagram has 500 million -- the uptick could presage future growth and greater user engagement.

Snap has had a shaky year since its IPO and has often shot itself in the foot. This time, by bucking convention with what its rivals have done, Snap may beat them at their own game.