Please ensure Javascript is enabled for purposes of website accessibility
Log In Help Join The Motley Fool
Free Article Join Over 1 Million Premium Members And Get More In-Depth Stock Guidance and Research
By John Ballard - Feb 18, 2018 at 9:05AM

Strong in-game spending and the start of an NBA 2K esports league bode well for fiscal 2019.

What was originally expected to be a down year for Take-Two Interactive (TTWO -1.93%) is turning out much better. The maker of the massively popular Grand Theft Auto franchise reported that a record number of people played its top games during the fiscal third quarter, and those players continued to spend money for add-on content.

Take-Two's recurrent consumer spending -- the term management uses to refer to in-game spending for add-on content -- grew 44% in the quarter, led by Grand Theft Auto V and NBA 2K18. In-game spending has made up nearly half the game company's's net bookings (a non-GAAP measure of revenue) over the last three quarters, which means Take-Two is just as dependent on add-on content as new games for future growth.

And that's exactly what investors want to see since add-on content generates much higher margins than new game sales. The continued releases of game updates spur gamers to spend money while playing, which is how Take-Two continues to keep Grand Theft Auto V (GTA V) performing well financially, even though it's a four-year-old title. GTA V was one of the most played, most watched, and most purchased titles of 2017. 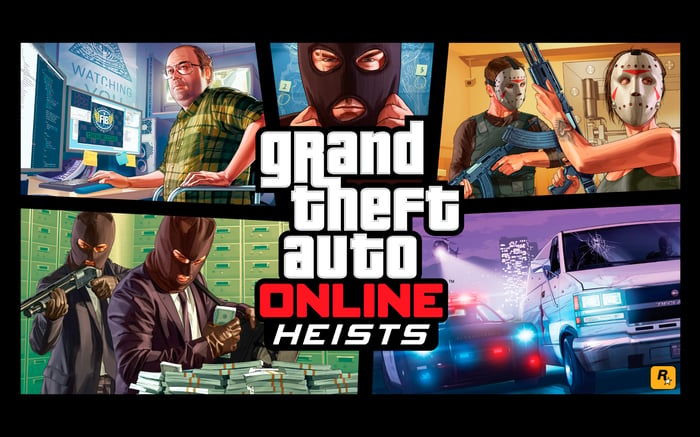 It was also the largest contributor to Take-Two's recurrent consumer spending in the quarter, but NBA 2K also posted strong numbers, with player engagement up 20% year over year. This higher engagement is on top of a larger player base compared to last year's third quarter, with sold units of NBA 2K18 (released in Sept. 2017) up nearly 25% over the previous release in the series.

2. NBA 2K is about to make its esports debut

NBA 2K18 is on pace to be the best-selling title in the franchise's history. It's a nice crescendo as Take-Two is set to start the first season of its professional esports event -- NBA 2K League -- in May 2018.

Take-Two is finalizing rosters for each team in the league, with each one owned and operated by NBA teams. On the investor conference call, Take-Two president Karl Slatoff said, "We're very pleased with the progress of the NBA 2K League and look forward to expanding our presence in competitive gaming, which has a long-term potential to enhance engagement and to be a meaningful driver of profits for our company."

Part of the intent with esports is to build awareness and stimulate player engagement, which fuel growth in spending for add-on content. However, Take-Two management is also looking to build NBA 2K League into a stand-alone business.

CEO Strauss Zelnick said, "We expect it to stand alone and to be successful on its own and to be profitable on its own. We do think if we do it right, it will also help the NBA brand overall and it will help the NBA 2K brand."

Management believes there is still a substantial worldwide growth opportunity for the NBA 2K franchise. It certainly gives Take-Two a big advantage to have the support of the actual NBA in this effort.

The stronger than expected performance in the third quarter caused management to raise its outlook, yet again, for fiscal 2018 (ending in March). Management now expects net bookings to be between $1.99 billion and $2.04 billion. At the midpoint, that represents growth of 6% over fiscal 2017, not bad considering it was a light year for new releases.

Take-Two also expects to finish the year with approximately $300 million in cash from operating activities, which is only slightly less than the $331 million generated last year. This is higher than the amount management originally guided for last year, and that likely influenced its decision to repurchase $110 million worth of stock in the third quarter.

Management also announced another delay for the highly-anticipated Red Dead Redemption sequel, but this time, there's a specific date in late October so it looks firm.

The company reaffirmed its outlook for fiscal 2019, calling for net bookings of $2.5 billion and cash from operating activities of $700 million. This reflects expected strong sales of Red Dead Redemption 2. If Take-Two delivers on this outlook, it will match the record year achieved in fiscal 2014 when GTA V launched.

With esports, strong performance from GTA V, and major new releases coming soon, Take-Two has several things in the pipeline to keep its momentum going.