Please ensure Javascript is enabled for purposes of website accessibility
Log In Help Join The Motley Fool
Free Article Join Over 1 Million Premium Members And Get More In-Depth Stock Guidance and Research
By George Budwell - Feb 20, 2018 at 9:00AM

The Soros Fund Management reportedly sold its entire holdings of Acadia Pharmaceuticals and Shire plc in the fourth quarter of 2017.

George Soros, the billionaire hedge fund guru, may have turned the bulk of his attention toward the political arena lately, but his namesake fund, Soros Fund Management, is still a focal point for investors. The Soros Fund Management, after all, has consistently beat the broader markets since its inception in 1969.

What key moves has the Soros Fund Management been making in the most recent quarter? In the high-flying healthcare sector, the fund reportedly dumped its entire holdings of Acadia Pharmaceuticals (ACAD 1.99%) and Shire plc (NASDAQ: SHPG) in the fourth quarter of 2017, according to the latest 13F filings. 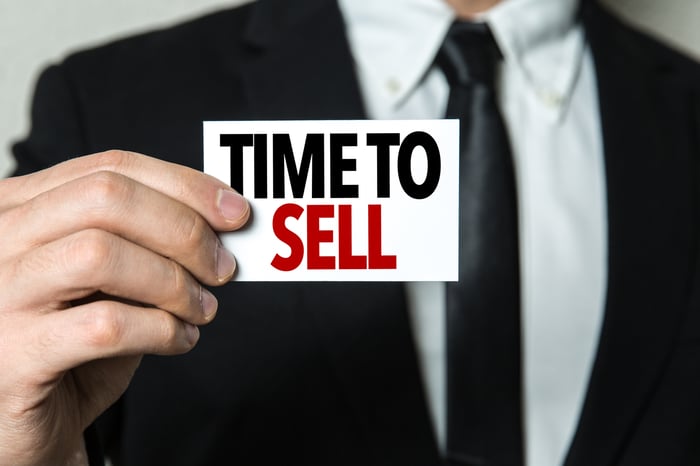 Should shareholders of these top healthcare companies be worried? Let's dig deeper to find out.

Too high, too fast

Acadia's stock has been steadily reverting to the mean ever since the FDA approval of its Parkinson's disease psychosis medicine, Nuplazid, in mid-2016. In fact, the biotech's shares have now fallen by more than 21% over just the last 12 months.

What's the problem? The key issue is that Nuplazid's sales are doing well, but arguably not well enough to justify Acadia's present market cap of $3.84 billion. In 2018, for example, the drug is expected to generate around $261 million in sales, which translates to a forward-looking price to sales ratio of 14.71. Put simply, Acadia sports one of the richest valuations in the entire healthcare sector.

Bargain hunters shouldn't necessarily write off Acadia's stock just yet, though. Acadia, after all, is striving to expand Nuplazid's label to include other high-value indications such as dementia-related psychosis. So, there's still a really good chance that Nuplazid will eventually reach blockbuster status. And if this turns out to be the case, Acadia's shares are actually undervalued right now -- despite the stock's unsightly near-term valuation metrics.

The downside is that investors appear to be in for a fairly lengthy wait to find out either way. Nuplazid's late-stage trial for dementia-related psychosis isn't scheduled to readout until the second quarter of 2020, and that'll be the drug's first opportunity to tack on an additional indication.

So, given the lack of any near-term catalysts, Acadia's shares are probably going to continue to slide for the foreseeable future.

Shire, an orphan drug specialist, has had an extremely rough go of it of late -- evidenced by the stock's eye-popping 43% drop over the past three years. The underlying reason is that the company has taken on a substantial amount of debt in order to bring new growth products into the fold. Shire, for instance, paid a stately $32 billion to acquire Baxalta for its hemophilia drug portfolio roughly two years ago. Unfortunately, the drugmaker decided to lever up at perhaps the worst possible time.

Around the same time Shire was gobbling up rare disease companies, Valeant Pharmaceuticals was busy imploding thanks to the company's overly aggressive growth-by-acquisition strategy. The trickle-down effect, if you will, is that investors have largely shied away from serial acquirers with heavy debt loads like Shire ever since -- even though Valeant had a multitude of other problems, beyond a distressed balance sheet, that precipitated its downfall.

On the bright side, Shire has been rapidly de-levering to directly address this issue. The company also sports a fairly robust late-stage clinical pipeline that should help to boost its free cash flows within a reasonable time frame. That being said, Shire is presently spending the bulk of its free cash flows on its underlying debt problem, leaving next to nothing for shareholder rewards.

In all, Shire still has a lot of work to do to clean up its balance sheet, but its stock is probably near a bottom at this stage. The company's price to sales ratio of 2.45, after all, is about as low as it gets for a large-cap pharma stock.

Acadia's only realistic hope of rebounding this year is arguably a buyout. The market clearly expected too much out of Nuplazid too soon. The good news is that a buyout is a real possibility here, thanks to Nuplazid's sizable commercial opportunity over the course of its life cycle. But the reality is that there doesn't seem to be all that much interest from possible suitors, which may be directly due to the company's bloated valuation.

Shire, on the other hand, comes across as a decent bargain for investors with a long-term outlook. The company is staring down some tough patent expires in the years ahead, but its pipeline is starting to bear fruit. That bodes well for the company's ability to both pay off its long-term debt and boost shareholder rewards going forward.