Concerns have mounted in recent months that Apple's (AAPL -1.80%) iPhone X may be suffering from weak demand. Even beyond media reports and rumors, Apple's own fiscal first-quarter earnings release contained clues suggesting as much, the most notable being the fact that Apple reached supply-demand balance for iPhone X in December -- just over a month after the $999 flagship phone was released. 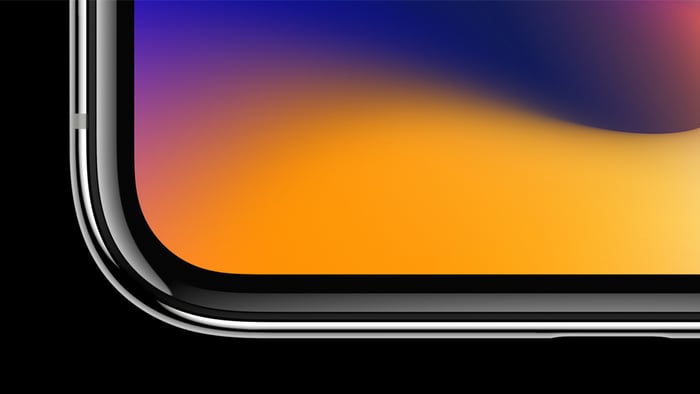 The Nikkei Asian Review is reporting that Samsung is reducing production of OLED panels that were originally destined for the iPhone X. The South Korean conglomerate had initially been planning on supplying 45 million to 50 million displays for Apple from one of its manufacturing facilities in the first quarter, but this output target has been cut all the way down to 20 million units. Samsung's second-quarter production target is still up in the air, and it could likewise be cut.

The plant that pumps put display panels for Apple could see its output fall by over half, according to the report, and Samsung is trying to grab orders from other manufacturers to compensate for the shortfall. Samsung had invested nearly $13 billion in capital expenditures last year, predicated on strong demand for Apple's latest and greatest handset.

Generally speaking, investors shouldn't put too much weight in these types of supply chain reports. Apple's supply chain has countless moving parts, and CEO Tim Cook has previously cautioned investors from paying too much attention to this type of speculation. Here's how he responded to one such report on an earnings call way back in 2013 (emphasis added):

That being said, the reports keep coming in and investors can't ignore Apple's own results and guidance. iPhone unit sales were worse than expected last quarter, and the Mac maker's guidance for the March quarter left a bit to be desired as well. Guidance for the fiscal second quarter calls for revenue of $60 billion to $62 billion. Analyst estimates have been coming down in recent weeks and the consensus estimate is now $61.4 billion in sales, down from $65.4 billion when Apple reported.

Keep in mind that the Chinese New Year is an important holiday shopping event in the world's biggest smartphone market and takes place during the March quarter. The iPhone X's lofty price tag may simply be out of reach for many consumers.