The better-burger chain continues to expand, but the road ahead could be tough going.

After a rough patch shortly following its public debut a few years ago, Shake Shack (SHAK 3.00%) began to show signs of life again in 2017. It was bound to happen sooner or later, as the fast-casual hamburger chain continues to open new locations and expand into new markets.

However, in its last earnings report, there are a few areas of concern that could take some of the shine off the chain's outlook.

Revenue was up by double digits again last year, driven by new store openings. Operating income was up less, though, as expenses rose. Earnings on the year swung to a loss thanks to a one-time tax payment -- the result of U.S. corporate tax reform -- but management sees its future tax rate being lower.

Excluding the one-time tax, profitability also suffered because of the company's continued expansion efforts. Forty-five stores were opened, and the total restaurant count at the end of 2017 was 159. Opening new stores has been the goal for some time, so that drag on the bottom line is nothing new. However, profits also suffered from a slowdown in "same-Shack sales", the company's own version of comparable sales. 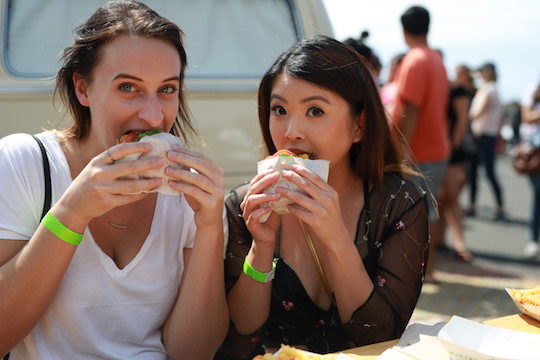 Where Shake Shack was once a trendsetter, it's now a follower. Comparable-store sales were down 1.2% in 2017, following a similar line as the rest of the restaurant industry. Strong comps were a big boost to the chain, especially in 2016, when the industry suffered from a comparable sales running into negative territory. Shake Shack marched higher with a 4.2% increase that year. That the company is now performing in line with the rest of the industry makes it a less exciting investment.

Another cause for concern is the composition of Shake Shack's comparable store base itself. The figure only accounts for locations opened more than two years ago, most of which are concentrated in the Northeast. There are currently 43 locations in that "same-Shack" comparable base -- what about the other 116 locations? The numbers aren't as good.

Average annual revenue for company-operated stores was $4.60 million last year, an 8% decrease from 2016. The story was similar for international franchise locations, with average location sales reaching only $3.18 million, a 5% decrease. Granted, new stores take some time to get established, so it makes sense that these new openings would drag down the average a bit.

However, the more Shake Shack gets away from its home turf in Manhattan, the worse it seems those averages get. New Shacks aren't getting the same level of attention from diners in new markets, which supports previous reservations investors have voiced that the company could bump up against stiff competition from other regional "better burger" favorites. After all, Shake Shack isn't the only chain expanding.

That doesn't mean Shake Shack will, or should, slow down in its expansion. Operations are still profitable, and new locations aren't flopping entirely. But they're much less lucrative than the original market in New York City.

The plan is for store count to double by the end of 2020. However, management expects another fall in average annual location sales in 2018, forecasting somewhere between $4.1 million and $4.2 million (as much as an 11% decrease from 2017). Paired with continued restaurant industry challenges, which are casting a spell on the chain in ways they didn't in the past, I'm passing on Shake Shack stock despite the double-digit top line growth.