Please ensure Javascript is enabled for purposes of website accessibility
Log In Help Join The Motley Fool
Free Article Join Over 1 Million Premium Members And Get More In-Depth Stock Guidance and Research
By Rick Munarriz - Feb 21, 2018 at 11:32AM

LivePerson (LPSN 2.06%) is starting to show signs of becoming a growth stock again. The provider of high-tech customer support reported fresh financials after Tuesday's market close, keeping up with its recent return to top-line growth with guidance suggesting that it's just getting started.

Revenue is clocking in at $57.4 million for the fourth quarter, a mere 2% advance since the same period a year earlier but comfortably ahead of the $54 million to $55 million that it was forecasting back in early November. Growing its revenue by just 2% may not seem like much, but it's only the second time since late 2015 that LivePerson is delivering a year-over-year advance on the top line. After six quarters of declining revenue, it's responded with back-to-back quarters of growth. 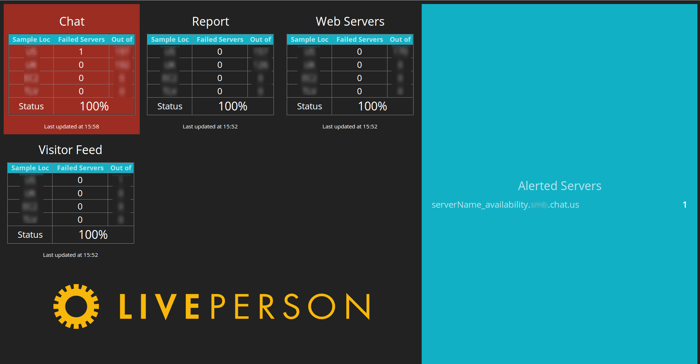 Investors have been warming up to LivePerson stock over the past year. The stock has more than doubled as of Tuesday's close since bottoming out in April of last year. A return to top-line growth, however modest, is resonating with investors. Tuesday's report was LivePerson's third consecutive period of sequential top-line growth, a streak that it once kept going for 51 consecutive quarters before proving mortal in 2016.

Red ink remains a problem, with LivePerson checking in with its ninth consecutive quarterly loss on a reported basis. However, the reported deficit did narrow to $0.06 a share. The company did break even on an adjusted basis, in line with the guidance it offered up three months ago.

LivePerson is quick to point out its successes during the quarter. It signed 101 deals during the quarter, including 41 new customer contracts and some seven-figure deals tied to business-to-consumer messaging. The average trailing-12-month revenue per enterprise and mid-market customer has grown from $200,000 to $220,000 over the past year. However, if LivePerson is talking up its record quarter in terms of new deals and a 10% surge in trailing revenue from key segments, there are obviously some customers weaning themselves off of the proactive customer support platform if revenue only climbed by 2% for the quarter.

The near-term outlook is more exciting. LivePerson's guidance calls for $56.75 million to $57.75 million in revenue for the current quarter, flat sequentially at the midpoint but we're talking about 11% to 13% in year-over-year growth. It should be LivePerson's first quarter of double-digit growth since the third quarter of 2015. It's eyeing the same adjusted profit of $0.00 to $0.01 a share that it was targeting for the fourth quarter.

The company also announced a new CFO and CTO, removing some uncertainty as to who would fill those two key roles. Its stock began moving higher last year before the turnaround was in place, but with steps in the right direction, it seems as if the gains were warranted. LivePerson is officially a growth stock again.