Please ensure Javascript is enabled for purposes of website accessibility
Log In Help Join The Motley Fool
Free Article Join Over 1 Million Premium Members And Get More In-Depth Stock Guidance and Research
By Rich Duprey - Feb 21, 2018 at 10:05AM

Snapchat has a great idea, but it may not be making the most of it.

Just when you though Snap (SNAP -6.23%) would move past its many mistakes, like buying a drone company and overestimating demand for its Spectacles glasses, the social-media platform unveils a new feature that suggests it really hasn't learned anything.

Snap rolled out last week custom lenses that let users create their own face lens. If you weren't content with using pre-made puppy dog ears and a wagging tongue, or wearing a flower garland on your head, now you have tools similar to those of developers that will allow you to make your own. Except it comes at a price. 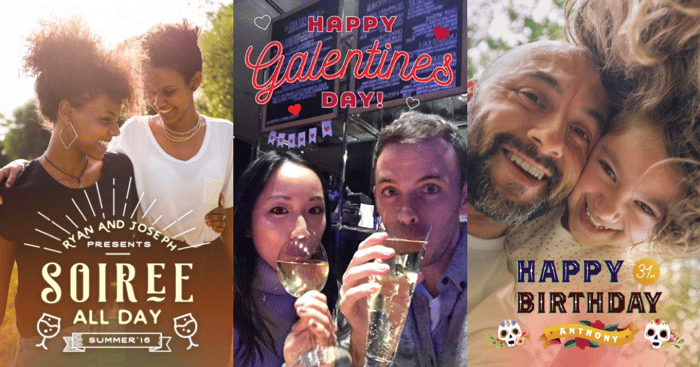 Personalization is key to engagement

Last December, Snapchat launched its Lens Studio that opened up its platform to third-party creators, though it was largely restricted to advertisers. With the new feature going live, Snap is wisely now letting all users in.

To create a custom lens, users can choose from over 150 templates along with custom text from a suite of fonts. Then you need to determine just how far you want to geofence the location where the lens will be available -- anywhere from 20,000 square feet to 5 million square feet -- and choose for how long you want it to last. And then head on over to the checkout, but be prepared for sticker shock.

Although Snap says pricing the new custom lenses starting at $10 will make the feature affordable for the largest number of people, the reality is those cheapies will probably be few and far between.

Pricing depends on two factors: how far you want the lens to work and how long you want it to last. The shortest duration you can have the lens available is one hour, and when choosing your geofence it lets anyone within that area use it. Just remember to set it up at least three hours before you're going to need it.

The problem is, the cost for the custom lens can add up really quickly. Techcrunch says a custom lens available for a day in New York's Central Park would cost $1,182, while a one-day lens for one block in San Francisco's Mission District would cost $92. Very few users are going to pay these kinds of rates.

Snap is hoping they'll be used for special events, like a wedding, and by creating one up ahead of time, people will be able to use the preset lens rather than make their own. If it can persuade enough users to make one, Snap can generate a steady revenue stream, but it looks as if it may have priced itself out of the market. 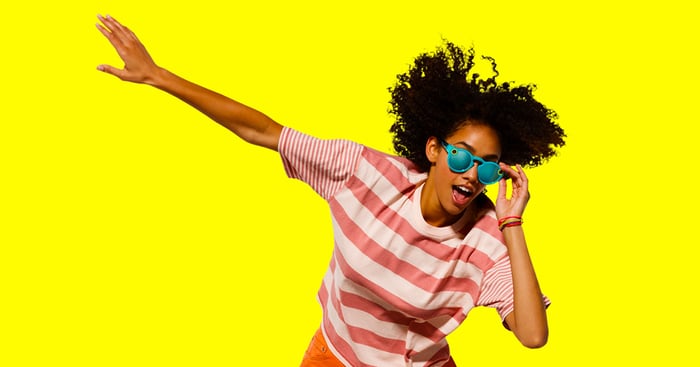 Undoubtedly, a lot of people will test out the service initially to see what it's about, such as creating a lens for a birthday party at a restaurant and geofencing it to that location. The risk is that it will probably create a false sense of demand similar to what Snap experienced with its Spectacles. The initial interest in the camera glasses had Snap thinking they were a runaway hit, but they ended up with stockpiles gathering dust in warehouses.

The problem is, it doesn't appear to be a sustainable model. Snap just reported earnings that showed the first uptick in daily active user growth in two years. With 187 million users, it lags far behind Facebook and Instagram, and if it wants to keep growing it needs to have them feel that interacting regularly on the platform is worthwhile.

Arguably, a custom lens they could purchase cheaply and keep would have done so and would set it apart from its rivals who have added preset lenses to their own platforms. Apple's iTunes wouldn't have been successful if every song purchased was deleted after a certain amount of time, and had Apple priced those songs at $10 and up, who would've bought them?

Snap missed a chance here. Rather than limiting a custom lens' longevity, Snap could let the lens live on once a user purchases it, allowing the user to build a portfolio of lenses to turn to time and again. And pricing them at $0.99 or $1.99 would seemingly have users flocking to that model far more readily than an expensive one-and-done option.

Snap has a good idea, but it may be failing in its execution. While it will undoubtedly generate some revenue from this venture, it could achieve much more by truly making it a feature for the masses. Fortunately, the problem ought to be an easily correctable one should the current model not pan out.