The company has had success adding new customers, and its top line is growing as a result.

Alteryx, Inc. (AYX 3.62%), the self-service data analytics software company, saw its sales jump in the fourth quarter of 2017. GAAP margins also ticked up, and the company improved its net losses in both the fourth quarter and for the full year. 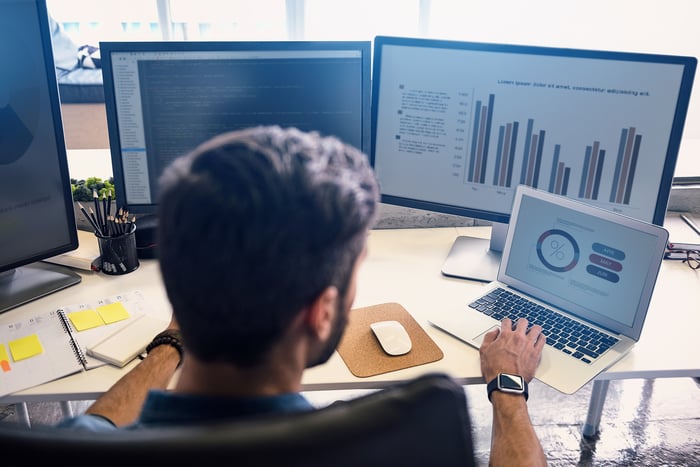 Alteryx's CEO, Dean Stoecker, said in a press release that the company had a "terrific" 2017, which was capped off by very strong fourth quarter.

"Demand for our complete end-to-end analytics platform for the enterprise increased, driven by our land and expand strategy. We added a meaningful number of net new customers and continue to have a very strong dollar-based net revenue retention rate," Stoecker said.

He added that the company will continue investing in its platform this year, specifically in its sales and marketing segment, in order expand its global footprint.

"As we look to 2018, we are focused on delivering innovation to strengthen our platform, investing in sales and marketing initiatives globally to capture our large market opportunity, and building out our world class teams. We believe we are building an enduring business that can deliver strong revenue growth, on our path toward long-term sustainable profitability," Stoecker said.

Management expects the company's sales to be in the range of $39 million to $40 million in the first-quarter 2018 and for Alteryx's non-GAAP net loss to be $4 million, at the midpoint.

For the full-year 2018, Alteryx's management says revenue will be between $176 million and $179 million, and a non-GAAP loss from operations will be in the range of $15 million to $18 million.