Please ensure Javascript is enabled for purposes of website accessibility
Log In Help Join The Motley Fool
Free Article Join Over 1 Million Premium Members And Get More In-Depth Stock Guidance and Research
By Rick Munarriz - Feb 23, 2018 at 10:04AM

Revenue climbed 42%, to $102.6 million for the seasonally potent quarter, just ahead of the $101 million that it was forecasting three months earlier. It's the first time The Trade Desk has checked in with nine-figure revenue, and it's highly unlikely to be the last time. Adjusted earnings before interest, taxes, depreciation, and amortization (EBITDA) soared 38% to hit $39.5 million, also blasting through the $34 million it was modeling back in August.

Adjusted net income rose 70% to $24.2 million or $0.54 a share. The Trade Desk doesn't offer earnings guidance, but analysts were settling for bottom-line growth at half that clip. The Trade Desk delivered, something that couldn't be said last time out. 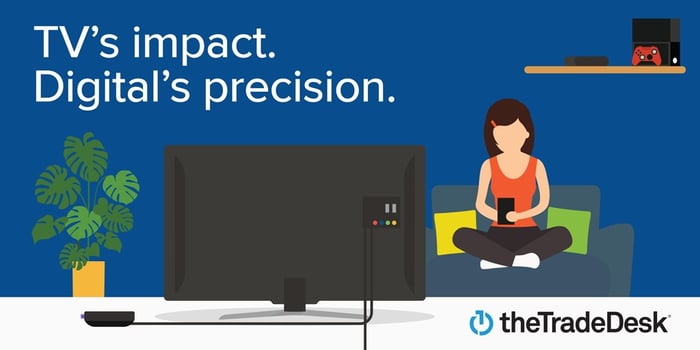 The Trade Desk proved mortal following its third-quarter report. The stock plummeted 21% that week as weak guidance spooked investors. It was an odd sight, as The Trade Desk actually raised its full-year guidance for 2017. The rub at the time was that it beat expectations for the third quarter by more than it raised its outlook for the entire year. In other words, it was hosing down its fourth-quarter guidance at the time.

It turned out to be much ado about nothing. The company didn't really have to lower its revenue and adjusted EBITDA guidance for the fourth quarter by $0.4 million and $1.4 million, respectively, since it wound up landing well ahead of its earlier higher forecast.

The Trade Desk is initiating its guidance for 2018, and while there's decelerating growth across most of its metrics, it's naturally growing faster than the ad buying industry.

The Trade Desk's guidance for the current quarter calls for $7.5 million in adjusted EBITDA and $73 million in revenue. These are significant sequential drop-offs, but you can't pit the first quarter to the fourth quarter when holiday-hungry retailers and vote-thirsty politicos ramp up their marketing outlays. The $73 million that The Trade Desk is targeting on the top line represents a still-robust 37% increase since the prior year's showing.

The market's weak reception to The Trade Desk's third quarter aside, the tech-savvy darling has been a beast. The shares have roughly tripled since going public at $18 in 2016. The company continues to land major brands to its platform, and customer retention has remained at 95% or better every quarter over the past four years. The data-driven platform that takes an unbiased and independent approach to allocating ad dollars across various media channels is resonating with marketers -- just as The Trade Desk's stock is resonating with investors.