SINA will face a lot of shifting winds over the next five years.

Shares of SINA (SINA), one of China's oldest technology companies, have more than doubled over the past five years. That rally was fueled by SINA's spin-off of microblogging platform Weibo (WB 1.35%) in 2014 (SINA retained a controlling interest in the new company), Weibo's subsequent growth, and the stabilization of SINA's older portal sites.

But in the next five years, several factors could affect SINA's growth. Let's examine the top five issues investors should be aware of. 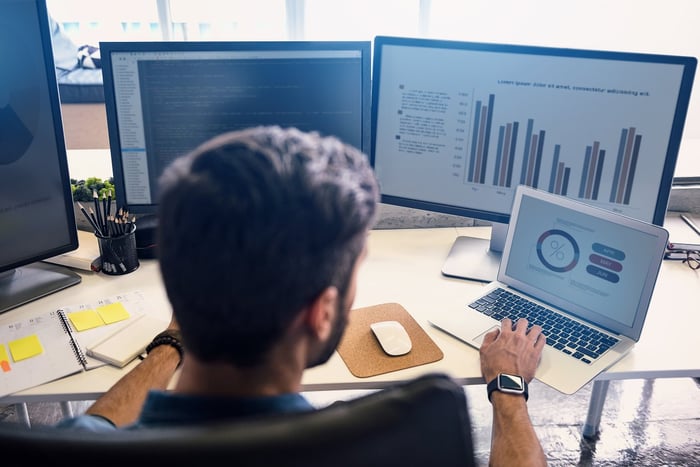 SINA made those distributions to address complaints that its stock performance didn't reflect its stake in Weibo. Over the past 12 months, shares of Weibo jumped over 140%, versus SINA's gain of about 50%.

That's because Weibo generates higher revenue and sports better earnings growth than SINA, which generates the rest of its revenue from its slower-growth portal business.

To appease investors, SINA might distribute more of its own Weibo shares to shareholders. But even if SINA keeps reducing its stake in Weibo, it probably won't give up its controlling interest. Otherwise, Alibaba (BABA -0.93%) -- which owns nearly a third of Weibo -- could seize control.

Last year, activist investor Aristeia Capital tried to pressure SINA to add two of its own nominees to its board; to sell Weibo, merge with Weibo, or sell itself; and to return more cash to shareholders with buybacks.

That effort flopped, but other activist battles could erupt if SINA continues to underperform Weibo or other major Chinese tech companies.

SINA's portals and Weibo's social network are frequently targeted by Chinese regulators, who claim that the platforms aren't properly monitored and censored.

The crackdowns have accelerated over the past five years -- with the arrests of top Weibo account holders, threats of revoking internet permits, a temporary halt of Weibo's live video and audio streams, fines for allegedly spreading "violence and terror," demands for real-name registrations, and the recent suspension of Weibo's portals and trending-topics feature.

In response, SINA and Weibo repeatedly increased their number of censors and tightened their policies. However, tighter rules could alienate users, and there's no guarantee that regulators won't clamp down even harder on "offending" posts.

SINA and Weibo still face plenty of competitive threats. Tencent's (TCEHY -3.24%) WeChat, the most popular messaging app in China, poses a threat to SINA with its integrated news articles, and to Weibo with its official brand and celebrity accounts. Toutiao, the rapidly growing news aggregator app, could lure more users away from Weibo and SINA's news portals.

However, SINA and Weibo still have some big backers, including Baidu in mobile searches, Alphabet's Google in online ads, and Shanghai Media Group's Great Sports for sports content. Weibo is also partnered with Alibaba's Youku Tudou in streaming video, and integrates Alibaba's e-commerce and mobile payment features into its platform.

SINA and Weibo are also investing in new high-growth markets, like live video streaming and fintech -- two industries which boosted both companies' revenues last quarter. In the years ahead, SINA and Weibo will likely secure more partnerships and invest in other adjacent markets to widen their competitive moats.

5. A buyout by Alibaba

SINA remains an attractive buyout target for Alibaba. Alibaba is likely interested in buying Weibo, since it already owns a major stake in the company, but SINA's majority voting stake lets it counter any takeover attempts.

So for Alibaba to take over Weibo, it would probably need to buy SINA first. Doing so could help Alibaba counter Tencent's dominance of the social-networking market, and significantly expand the reach of its ecosystem.

That buyout probably won't happen anytime soon, but it might occur if Alibaba's rivals continue to gain ground in the e-commerce market.