These stocks missed out on a big rally. Find out why.

Friday was a strong end to the week for Wall Street, with the Dow jumping out to a gain of nearly 350 points and other major benchmarks also making great strides toward returning to record highs. After dealing with an unexpected fast rise in interest rates, market participants got a bit of relief today, and fundamental prospects for the economy appear to have reassured investors that the worst-case scenarios they had envisioned aren't likely to come to pass. Still, some companies had bad news that weighed on their shares. First Solar (FSLR 4.00%), LendingClub (LC 4.58%), and Universal Display (OLED 3.34%) were among the worst performers on the day. Below, we'll look more closely at these stocks to tell you why they did so poorly.

Shares of First Solar fell 7% after the solar giant reported fourth-quarter financial results. The company said that sales rose only marginally from year-ago figures, and First Solar's net loss for the quarter stemmed from unusual items like the transition toward its most advanced series of solar products and the impact of U.S. tax reform laws. Bullish investors pointed to strong bookings activity both in 2017 and early in this year. First Solar expects to establish itself in the long run with cutting-edge technology that will keep it a leader in its industry, but shareholders weren't able to see past short-term challenges in sending the stock lower. 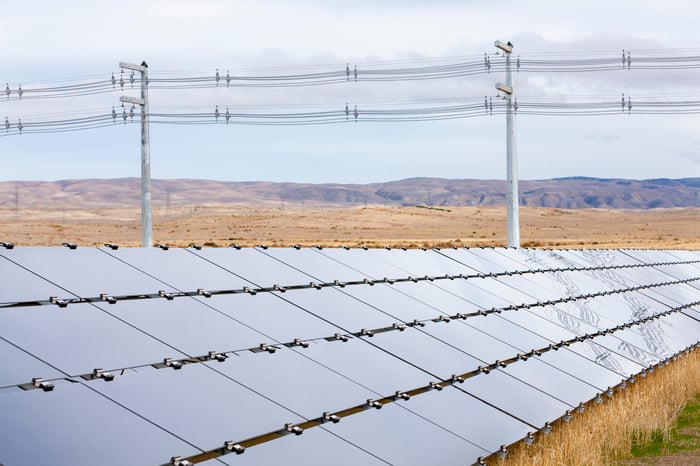 LendingClub stock dropped 11%, adding to losses from earlier in the week following the specialty finance company's fourth-quarter earnings report. LendingClub had reported a wider loss that stemmed from expenses from the settlement of a class action lawsuit and greater costs in originating and servicing loans. The peer-to-peer lending service has been under fire for a long time, as the stock has consistently lost ground despite the promise that many saw in the business. With interest rates starting to rise, investors will want to see even better returns from the investments they make with LendingClub, and that could dampen interest in the service even further.

Finally, shares of Universal Display finished down 16%. The maker of organic LED products issued what looked like great results in its fourth-quarter financial report, including a 55% rise in revenue and a more-than-70% rise in adjusted net income. Yet Universal Display toned down its growth expectations for the coming year, calling for growth of just 4% to 13% in 2018. Bullish investors believe that the pause in growth will be temporary and give way to better conditions in future years. The day's decline brings Universal Display's total drop from its highs in January to more than 35%, but the stock is still up by more than 60% in just the past year.