Revenue growth is stunted and losses are growing as the software company executes its enterprise strategy.

Enterprise-software provider Workiva (WK -0.85%) reported its fourth-quarter results after the market closed on Feb. 22. The company's push to win larger contracts has slowed down revenue growth and pushed up losses, and those trends continued in the fourth quarter. Workiva's 2018 guidance calls for more of the same, with its enterprise strategy expected to show meaningful progress starting in the second half of the year. Here's what investors need to know about Workiva's fourth-quarter report. 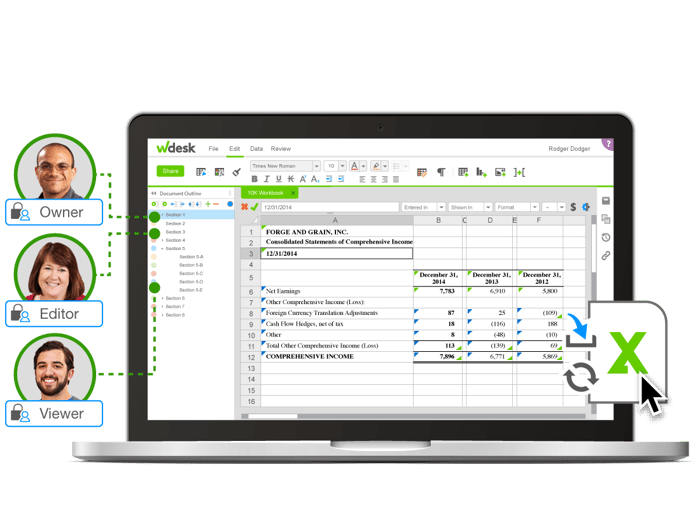 What happened with Workiva this quarter?

Workiva provided the following guidance for the first quarter and the full year:

Workiva CEO Matt Rizai provided some data during the conference call on the company's efforts to diversify beyond SEC use cases:

CFO Stuart Miller explained the company's revenue-retention rate: "Customers being acquired or ceasing to file SEC reports, accounted for a majority of revenue attrition, consistent with our experience to date."

Miller also gave a timeline for when the company's strategy of winning enterprise customers should start to pay off: "As we discussed last fall, we expect to see progress from our enterprise strategy in bookings in the second half of 2018 and in revenue in 2019. We are encouraged by the growing number of customers with larger contracts and also by our pipeline of larger contracts."

As Workiva diversifies its customer base and goes after large contracts, expenses are growing faster than revenue. During the fourth quarter, operating expenses jumped 30.8% year over year, outpacing revenue growth by a substantial margin. Miller sees hiring slowing in 2018 as the company's enterprise strategy takes hold, but guidance calls for growing losses in both the first quarter and the full year.

"Our 2018 guidance reflects the fact that we're in the middle of executing our strategy," Miller said during the conference call. Investors may need to wait until 2019 before the outcome of that strategy becomes apparent.