Please ensure Javascript is enabled for purposes of website accessibility
Log In Help Join The Motley Fool
Free Article Join Over 1 Million Premium Members And Get More In-Depth Stock Guidance and Research
By Leo Sun - Feb 24, 2018 at 7:18AM

Do the pros outweigh the cons for this battered retail REIT?

Shares of Tanger Factory Outlet (SKT -0.91%) have dropped 15% year to date as the S&P 500 has inched up 2%. That weak performance owes to ongoing concerns about brick-and-mortar retailers, as well as concerns that inflation, and ensuing interest rate hikes, will ding the share prices of real estate investment trusts (REITs).

Tanger also stumbled 7% after its recent fourth-quarter earnings report, although the company beat analyst estimates on both the top and bottom lines. Are investors unfairly punishing Tanger, or are they right to avoid it? Let's examine six reasons to buy Tanger and three reasons to avoid it. 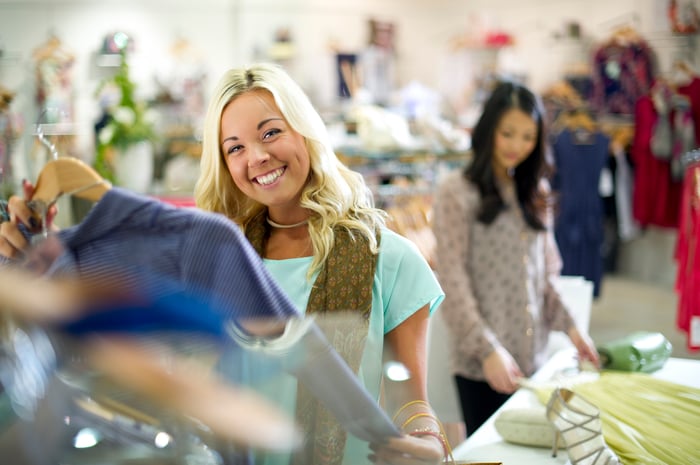 My shares of Tanger are about 7% below my average purchase price. I'm not thrilled about Tanger's expected drop in same-center net operating income, but the company still occupies one of the most well-insulated niches in brick-and-mortar retail.

As long as Tanger's occupancy rates remain high and it keeps raising the rent, renewing leases, and upgrading its existing locations, I believe the stock should remain a solid income play, even as interest rates and inflation fears punish retail REITs.