Please ensure Javascript is enabled for purposes of website accessibility
Log In Help Join The Motley Fool
Free Article Join Over 1 Million Premium Members And Get More In-Depth Stock Guidance and Research
By Danny Vena - Updated Feb 25, 2018 at 9:51AM

The Latin American e-commerce giant announced several surprises, which will turn out to be great news in the long run.

Investors had begun to look past those uncertainties and focus on MercadoLibre's continuing dominance in e-commerce and payments, and its moves into logistics and finance. The expansion of the company's free or low-cost shipping has been driving rapid top-line growth; going into the company's 2017 fourth-quarter and full-year earnings report, investors were paying special attention to its margins, which had been feeling pressure from its latest initiative.

MercadoLibre's results, however, were overshadowed by a couple of surprise announcements. 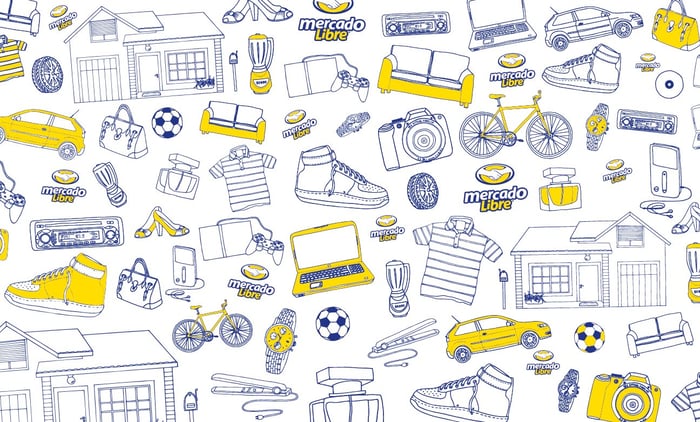 A divorce of sorts

For the quarter, MercadoLibre reported net revenue of $437 million, up 70.5% year over year in U.S. dollars (USD) and 99.6% in local currencies. This exceeded analysts' consensus estimates of $404.7 million. The company posted a surprise net loss of $67.7 million, compared to a gain of $51 million in the prior-year quarter, resulting in a loss per share of $1.53. Adjusting for one-time items, the company would have posted income of $18 million and earnings per share of $0.41.

During the quarter, MercadoLibre made the decision to deconsolidate the results of its Venezuelan subsidiary from its financial statements. The company determined on Dec. 1 that it "no longer has accounting control" of its Venezuelan operations.

The country has long weighed on MercadoLibre's financial results due to the continuing devaluation of its currency and spiraling hyperinflation, which by some estimates is as high as 4,000%. Venezuela recently defaulted on its bonds, leaving the world community in doubt about the country's financial future, so this is a difficult but understandable move by the e-commerce giant.

As the result of this decision, MercadoLibre took a one-time charge of $85.76 million related to its operations in the beleaguered country, resulting in the loss.

Despite the turmoil related to Venezuela, the remainder of MercadoLibre's business continued to shine.

Confirmed registered users grew to 212 million, up 22% over the prior-year quarter, the 25th consecutive quarter of 20%-plus user growth. The company's growing list of customers bought more on average, increasing to 4.6 items per buyer, up 17% year over year.

The number of listings on the platform topped 114 million, a 56% increase compared to the prior-year quarter. A greater assortment of products spurred total purchases, with items sold topping 81.2 million, up 57% year over year. Gross merchandise volume (GMV) grew to $3.62 billion, up 63% year over year in USD and 132% in local currencies. Mobile engagement represented 50% of the company's GMV during the quarter.

MercadoPago, the company's digital payment option, continued to soar, processing $4.34 billion in payments, up 77.5% year over year. Payment transactions grew to 73.2 million, a 72% increase over the prior-year period. MercadoPago's expansion to other merchants continued to drive its heady growth, as off-platform payment volumes grew 128% year over year.

MercadoLibre's sales of mobile point-of-sale devices helped facilitate its exploding payments growth. The number of payment devices in Brazil increased nearly 13 times, while those in Argentina grew by a factor of 20, compared to the fourth quarter of 2016.

MercadoEnvios, the company's shipping platform, was another key growth driver. Items shipped grew 87% year over year to 48.3 million items. The penetration of MercadoLibre's free shipping initiative continued to take hold, accounting for 70% of shipped GMV for the quarter.

MercadoLibre also announced a change to its capital allocation strategy. The company believes that it can generate greater returns for shareholders by investing in the business, and as a result has decided to suspend the dividend as of the first quarter of 2018. While this may not be a popular decision with investors, the company's management has greater insight into potential opportunities and has a history of making strategic investments that bear fruit.

The company continues to temporarily forego margins and greater profitability in pursuit of greater market share. MercadoLibre reported gross margin compression resulting from free shipping, the cost of point-of-sale devices, and warehousing costs, as the company continues its cross-docking expansion. Each of these initiatives has resulted in increasing top-line results and will produce greater growth over time.

MercadoLibre has consistently made decisions that benefit both the company and investors over the longer term. Time and its stock price have been the ultimate judge. Based on what I've seen, MercadoLibre is making all the right moves.