Please ensure Javascript is enabled for purposes of website accessibility
Log In Help Join The Motley Fool
Free Article Join Over 1 Million Premium Members And Get More In-Depth Stock Guidance and Research
By Keith Speights - Feb 25, 2018 at 9:09AM

Valeant faces ongoing problems, but its success boils down to meeting and exceeding expectations.

When Valeant Pharmaceuticals (BHC 2.03%) reported its third-quarter results in November, CEO Joe Papa stated that the "performance demonstrates our continued progress in the turnaround of Valeant." And he had a point. Valeant posted a profit during the quarter thanks to a tax benefit. The stock even finished 2017 up a whopping 43%. That's certainly a turnaround from the decline of nearly 86% the previous year.

Valeant is scheduled to provide an update on its fourth-quarter performance before the market opens on Feb. 28. Will the drugmaker be able to keep the momentum going -- or will Valeant's turnaround fizzle? 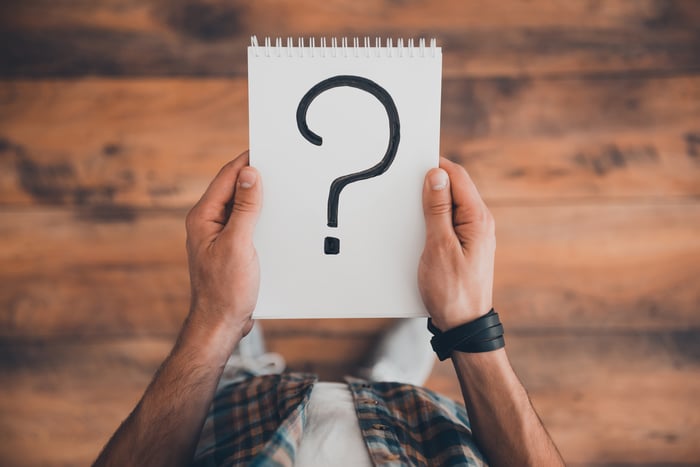 There were plenty of trouble spots in Valeant's third-quarter results. The worst news was that the company's revenue sank 10.5% year over year. Don't expect the underlying factors behind that decline to improve in Valeant's fourth-quarter update.

Loss of exclusivity (LOE) for several key products continues to weigh on Valeant's overall revenue. Products have already lost patent exclusivity include Ammonul, Bupap, Edecrin, and Nitropress. In November, Valeant's management said that even more drugs were expected to lose exclusivity in the fourth quarter of 2017, particularly eye-disease drugs Istalol and Lotemax.

Valeant's divestitures also impacted its revenue in the third quarter. The company closed on its sale of skin care products CeraVe, AcneFree, and AMBI in March 2017. An even bigger hit came from the divestiture of Dendreon in late June.

But the full brunt of Valeant's disposal of business is yet to come. The drugmaker finalized the sale of iNova Pharmaceuticals on Sept. 29. As a result of this deal, Valeant expects a reduction in revenue of around $195 million to be recorded in 2017.

The company also closed its sale of Obagi Medical Products on Nov. 10. This divestiture could lower Valeant's revenue in the fourth quarter by another $60 million.

Because of the loss of exclusivity for so many products and the additional divestitures, it's a foregone conclusion that Valeant will report lower revenue in the fourth quarter than it did in the third quarter. The real question, though, is how much these factors will make a difference to Valeant's earnings projections, which include the anticipated impact of the LOE drugs and divestitures. It's possible that the company could even beat its estimates.

Valeant could also get a boost from business units that are performing relatively well. Its Bausch + Lomb/international segment, for example, grew sales in the third quarter, despite some divestitures and product discontinuations. The segment is especially benefiting from sales growth for its SoftLens contact lenses and Ocuvite and Preservision eye vitamins.

In addition, the company is enjoying a rebound in sales in its Salix business. Gastrointestinal drugs Xifaxan and Apriso generated solid year-over-year sales growth in the third quarter. These drugs picked up with the 2015 acquisition of Salix Pharmaceuticals could be key for Valeant's fortunes in the fourth quarter.

One other wild card for Valeant is Siliq. The company won FDA approval for the drug in treating plaque psoriasis in February 2017, with a commercial launch starting in July. Valeant priced Siliq attractively, making the drug the lowest-priced injectable biologic for moderate-to-severe plaque psoriasis in the U.S. based on total annual cost. Better-than-expected sales results in the fourth quarter could bode well for Valeant in 2018. However, the psoriasis market is crowded, so Siliq might not be the success story that the company hoped to have.

From turnaround to transformation?

Joe Papa has, so far, done what he said he would do. Valeant has sold off non-core assets to reduce its debt. The company has launched new products. And Valeant has turned things around somewhat.

Papa referred to 2016 as a year of stabilization for the company, with Valeant's turnaround taking place in 2017 and 2018. Beyond 2018, he predicts that the drugmaker will transform itself into a category leader by launching new products. He also says that the company will balance organic and inorganic growth.

In my view, though, the jury is still out as to whether Valeant's turnaround has legs. And there's a long way to go before the company moves from turnaround story to transformation story. But at this point, Valeant is playing an expectations game. The company's fourth-quarter results aren't likely to look great. However, as long as the update is better than Valeant and Wall Street expected, the turnaround will keep going.