Please ensure Javascript is enabled for purposes of website accessibility
Log In Help Join The Motley Fool
Free Article Join Over 1 Million Premium Members And Get More In-Depth Stock Guidance and Research
By Asit Sharma - Feb 26, 2018 at 8:00AM

The company closes out 2017 with solid, if not spectacular, growth in fourth-quarter airport terminal traffic.

Mexican and international airport operator Grupo Aeroportuario del Pacifico S.A.B. de C.V. (PAC -3.50%), or "GAP" as it refers to itself, managed double-digit increases in both terminal traffic and revenue during the final quarter of 2017, despite a recent easing in traffic trends. Let's review the details of the quarter after a glance at the headline numbers from the company's earnings report, released on Feb. 22. 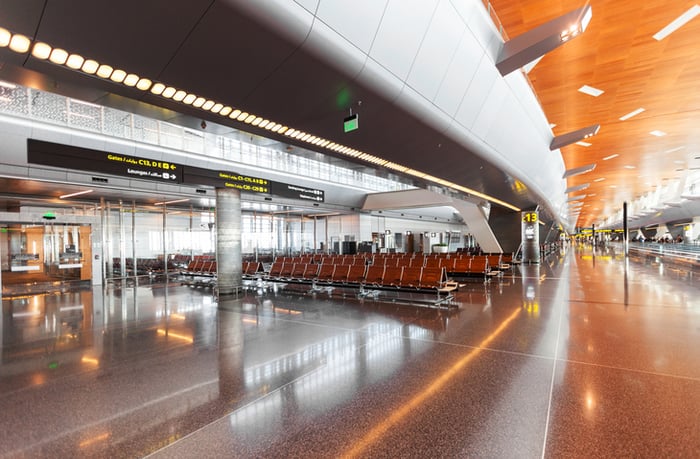 In January, Grupo Aeroportuario issued full-year guidance for 2018 for the following items, each within a range of plus or minus 1%:

The company made no changes to the targets in its earnings report last week. Note, however, that the terminal passenger goal is slightly reduced from the fervid pace of last year. Full-year 2017 traffic increased by 11.4%, versus an outlook of 8% for 2018. However, projected increases in non-aeronautical services should push this year's top-line growth rate beyond 2017's 11.3% mark by roughly two percentage points.

For those already looking ahead to next quarter, the current year is off to a good start. GAP's monthly traffic report reveals that January terminal traffic rose 9.1% over the prior year, in line with the full-year expectation of 8% -- give or take one percentage point.