Like baseball, where the elite hitters in the game are successful three out of 10 times, the batting average of a good investor is surprisingly low. An elite investor may be right five or six out of 10 times. Thankfully, that's all that we need to achieve satisfactory investing results and make progress toward our financial goals.

It also ensures that, looking back over a year's worth of investing decisions, I will have plenty of mistakes to analyze. A key to investing success is having humility and thick enough skin to honestly review mistakes, internalize the fundamental error underlying the mistake, and determine whether changes are necessary. It isn't enough to say "I won't make the same mistake twice." It isn't helpful to say "The next time I see a situation like that, I'll pass." In my experience, learning from mistakes just isn't that easy. The process must be a little more deliberate. With that in mind, let's shine a light on my biggest blunder of 2017, dig a bit below the surface, and make a plan for getting better. 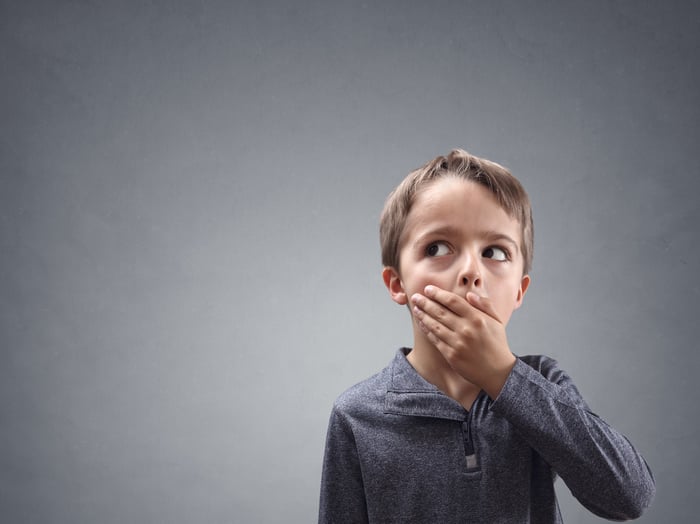 In July 2016, a talented member of our investing team made the investing case for commercial real estate titan Jones Lang LaSalle (JLL 2.34%). The thesis was simple: As one of the three largest global commercial real estate service providers, Jones Lang LaSalle stands to benefit from large organizations that are consolidating outsourced real estate management suppliers and smartly using the immense troves of firsthand data it pulls in from running a global and diversified business. The stage was set, it seemed, for these two trends to help the big firms like Jones Lang LaSalle get bigger and better – at the expense of smaller firms. At the same time, the reliability of Jones Lang LaSalle's revenue and profit streams was improving, as it was successfully growing its contracted-services businesses. Shares traded at $108, and some back-of-the-envelope math suggested that a doubling in five years was a reasonable goal.

Even with some idle cash in the portfolio I manage, no real estate exposure, and a compelling pitch, I chose not to make an investment. As 2017 ended, shares eclipsed $150.

Looking back at my notes, I see I was concerned that Jones Lang LaSalle operated in a cyclical industry, and I didn't have a strong view on the future state of the commercial real estate cycle. Not understanding a critical risk factor is a fine reason to pass on an investment. I don't regret that part. The fundamental errors I made were (1) not being properly calibrated to my teammates' support of the investment and (2) not updating my thinking quickly as new information became available.

For the most part, our investing team is low-key. We do an excellent job of dispassionate analysis. To an outsider, we probably look boring. With that in mind, it's likely that the sensible, balanced delivery of the investment pitch masked how strongly our analyst felt about making the JLL investment. To make matters worse, it didn't occur to me that that may be the case even when that same analyst purchased JLL a short while later by the portfolio he helps lead. That should have been a signal.

But it gets worse. His team added to JLL in February at around $105 per share, and again in August at around $125 per share. Since the initial pitch, our team had spent a year getting to know the business and industry better and incorporated five quarterly reports' worth of new information (covering major competitors, too). There was enough evidence that the team's thinking about the business was sound, and the data was beginning to mount that the original thesis was beginning to play out, particularly in regard to the growth of the annuity-like revenue streams. Given how we invest, this was a textbook case where adding to the position made sense.

It's possible I suffered from the behavioral bias of "anchoring." But it's more likely that I simply overlooked the decisions other portfolio managers were making. The structure of our team hinges on group debate for new investing ideas, but ultimate decision rights, and follow-on decisions, lie in the hands of a pair of lead portfolio managers. I was active in the initial investment debate but removed from subsequent decisions. As a result, I missed out on the great JLL call.

Our process doesn't have a mechanism for checking in on what decisions our colleagues are making. While we work closely as a small team, sit just feet apart from one another, and have a strong drive for excellence, we think it would be in error to require some convoluted group vote or sign-off ritual that could disable the people who are ultimately responsible for a portfolio's performance. I still feel strongly that concentrated decision rights, made within the bounds of our team's philosophy, allow for the best investing results. But siloed portfolio management is a mistake, too. In 2018, I've resolved to more diligently track decisions being made by my teammates and aggressively seek out strength of conviction, rather than allow for my own interpretation.

Perfection isn't necessary for great outcomes. 2017 was an excellent year on the whole, and I think a lot of that had to do with the soundness of our strategy and process. We will continue to look for ways to get better as we pursue excellence. Here's to investing better in the year ahead.