Please ensure Javascript is enabled for purposes of website accessibility
Log In Help Join The Motley Fool
Free Article Join Over 1 Million Premium Members And Get More In-Depth Stock Guidance and Research
By Dan Caplinger - Feb 27, 2018 at 7:52AM

Find out what the equipment specialist sees ahead in 2018.

Seasonal businesses strive to make the most of their high seasons, and even though Douglas Dynamics (PLOW 2.54%) has sought to branch out into other areas that aren't quite so calendar-driven, it still depends on snow-removal equipment and ice-fighting products to drive sales. When winter cooperates, the results can be impressive for the company's financials.

Coming into Monday's fourth-quarter financial report, Douglas Dynamics investors were prepared for modest growth, and the company's results actually outpaced what they had expected to see. The company is also confident about its future prospects and rewarded shareholders with a substantial dividend increase. Let's look more closely at Douglas Dynamics and what its latest results say about its prospects. 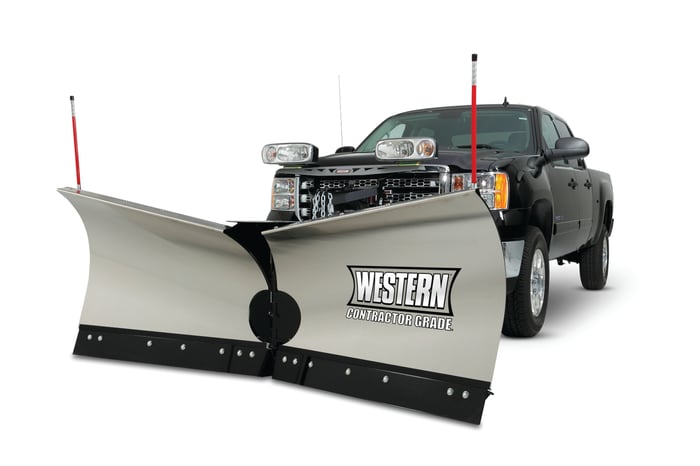 Douglas Dynamics' fourth-quarter results were encouraging overall. Sales climbed 6% to $138 million, inching over the $137 million consensus forecast among those following the stock. Adjusted net income of $12.1 million was up 17% from year-ago levels, and the resulting adjusted earnings of $0.53 per share was better than the $0.49 per share that most investors were expecting to see.

Tax reform laws helped Douglas Dynamics during the period. The company cited a $22.5 million one-time benefit associated with the new provisions, which included revaluation of deferred tax assets and liabilities and deemed repatriation of foreign earnings.

Douglas Dynamics got balanced contributions from both sides of its business. In the work truck attachment division, which includes snow and ice removal equipment, revenue climbed 6% and represented about three-quarters of the overall company's sales. Operating income was higher by more than 11%, with strong light pickup truck sales and average snowfall across the company's core markets. Commercial snow and ice control products were particularly strong, offsetting weakness in municipal products due to a lack of chassis availability. The return of a typical winter after two subpar seasons in past years helped to lift volumes.

In the work truck solutions business, revenue climbed 8%, helping to lift operating income by roughly a third from year-ago levels. New up-fit facilities helped to bolster sales performance, again making up for a short-term decrease in chassis availability due to natural disasters earlier in 2017.

CEO James Janik was happy with how things went. "We were pleased to close out the year on a positive note," Janik said, "producing overall results that were in line with our expectations." The CEO said that conditions in several areas appear to be returning to normal, boding well for the company's future.

What's next for Douglas Dynamics?

Douglas Dynamics is looking to build momentum in 2018. As Janik explained, the company wants to execute on its growth and diversification plans. Part of that will be to make the most use possible of its new work truck solutions facility in the Kansas City area.

Looking forward, Douglas Dynamics' guidance reflects that optimism. The work truck specialist projected revenue of $475 million to $535 million for 2018, with adjusted earnings of between $1.60 and $2.20 per share. Those are wide ranges, but they're relatively favorable compared to what most of those following the stock have been expecting.

Finally, Douglas Dynamics took the opportunity to give investors a dividend increase. The company will now pay $0.265 per share each quarter, up more than 10% from its $0.24 per share payout previously. Tax reform was the reason that the company's CEO gave for the outsize increase.

Douglas Dynamics investors didn't seem to react immediately to the news, and the stock was unchanged in after-hours trading with little activity following the announcement. With a reasonably normal winter finally appearing this season, the work truck specialist seems to be on the road to better times ahead.