Diplomat Pharmacy (DPLO) shares are down 8.6% at 3:03 p.m. EST Tuesday, having been down as much as 12.8%, after the company announced fourth-quarter earnings after the bell yesterday.

The results shouldn't have been much of a shock to investors -- the company said in January that 2017 revenue would be at the midpoint of its previously announced guidance of $4.4 billion to $4.6 billion, and adjusted EBITDA would be at the upper end of the expected range of $99 million and $102 million.

The official full-year revenue came in at $4.485 billion while EBITDA was $101.8 million; these figures appear pretty close to the updated guidance. 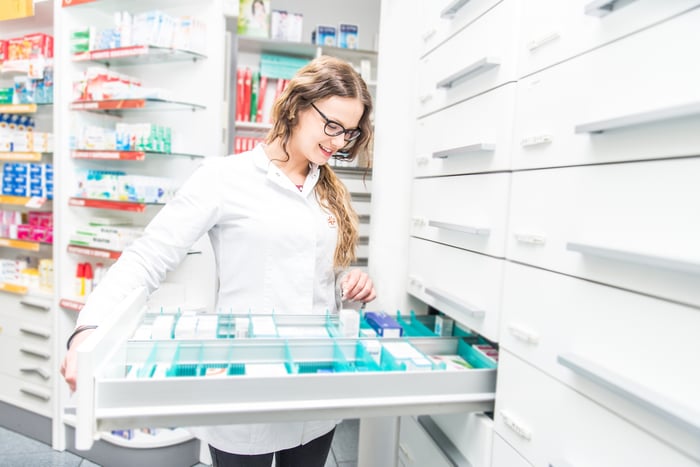 Investors are likely continuing to fret over Diplomat Pharmacy's move into the pharmacy benefit management (PBM) business with the acquisitions of LDI Integrated Pharmacy Services and National Pharmaceutical Services.

Management guided for 2018 adjusted earnings of $0.87 to $0.97 per share, which is 9.5% higher at the midpoint than the $0.84 per share Diplomat Pharmacy posted in 2017. But the company has to show that it can hit the midrange or higher. The bottom of the range doesn't provide much growth.

Investors could also be worried about how the company will fare after co-founder and CEO Phil Hagerman retired abruptly in January. Jeff Park, who was a board member, took over as interim CEO while the board looks for a permanent replacement.

After today's move, shares of Diplomat sit about where they were in January before the preliminary fourth-quarter results were announced, but substantially higher than where they were after the initial announcement that the company was jumping feet first into the PBM business. This suggests investors are having trouble valuing the transition. If Diplomat can prove that it made a smart move by hitting its 2018 guidance and accelerating into 2019, investors willing to take on the unknown-valuation risk should be rewarded.