Please ensure Javascript is enabled for purposes of website accessibility
Log In Help Join The Motley Fool
Free Article Join Over 1 Million Premium Members And Get More In-Depth Stock Guidance and Research
By Evan Niu, CFA - Feb 28, 2018 at 10:00AM

The popular cloud storage service is preparing to go public.

At long last, Dropbox has filed its S-1 Registration Statement with the SEC, formally signaling its intent to go public with the symbol "DBX" in the near future, raising upwards of $500 million in the process. That will represent a huge milestone for a company that has remained private far longer than most investors had expected, particularly after CEO Drew Houston famously rebuffed an acquisition offer from Steve Jobs nearly a decade ago.

Unlike rival Box.com (BOX 1.35%), Dropbox has historically focused heavily on the consumer market for cloud storage, for better or for worse. There's always more money in the enterprise, but purchasing decisions are made by IT execs, not users. Here are three important takeaways from Dropbox's IPO filing. 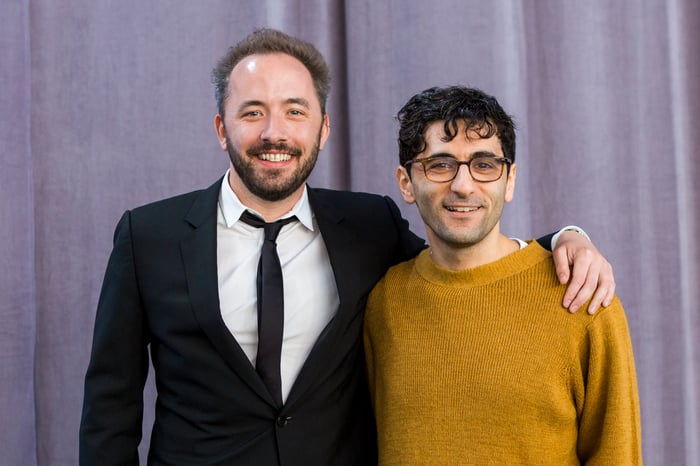 The top and bottom lines

For starters, Dropbox's business is growing at respectable rates. Revenue in 2017 jumped 31% to $1.1 billion, and the company is scaling well. Gross margin expanded from 54% in 2016 to 67% in 2017. The company is still investing heavily in growth, resulting in consistent operating losses.

Operating expenses grew in line with sales last year, up 31% to $851.6 million, and Dropbox posted a net loss of $111.7 million in 2017. That's less red ink than in prior years. Before factoring in any proceeds from the IPO, the company finished 2017 with $430 million in cash and cash equivalents on the balance sheet.

The real story is in the users. Here's a quick snapshot of Dropbox's user base:

Dropbox has been able to grow in large part thanks to word of mouth, the best kind of advertising since it's free and incredibly effective. Dropbox calls its registered users its "best salespeople," having long leveraged a user referral model to grow its user base. Early Dropbox users (such as myself) might remember when the company would give away higher storage tiers for successful referrals.

Sadly, consolidated voting power among insiders is more the norm than the exception these days. Dropbox will have three share classes after the IPO. Public investors can purchase Class A shares, which are entitled to one vote per share, while insiders hold supervoting Class B shares that get 10 votes per share. Class C shares get no votes. There actually won't even be any Class C shares outstanding following the offering. That class is reserved for future issuance as part of equity compensation and employee stock purchase plans.

Houston currently wields 24.4% of total voting power, and co-founder Arash Ferdowsi has 9.9%. Ferdowsi stepped down as chief technology officer in 2016 and no longer works at Dropbox full-time, but serves on the board of directors. Early venture capital investor Sequoia Capital has 24.8% of voting power. As a result, public investors are collectively looking at having minority voting power.

It's worth mentioning that Dropbox also gave Houston and Ferdowsi "Co-Founder Grants" just two months ago, totaling 15.5 million and 6.6 million restricted stock awards (RSAs) representing Class A shares, respectively, that will vest over 10 years and are subject to various vesting conditions.