Please ensure Javascript is enabled for purposes of website accessibility
Log In Help Join The Motley Fool
Free Article Join Over 1 Million Premium Members And Get More In-Depth Stock Guidance and Research
By Eric Volkman - Feb 28, 2018 at 9:18AM

What do a major home-improvement retailer, a top supplier to the display industry, and a big casino operator have in common? They all lifted their payouts last week.

We're saying goodbye to February, which wasn't exactly a cold month for dividend raises. Scores of companies lifted their payouts in the wake of this year's first earnings season, and last week was no exception.

Once again, I found it tough to narrow the field to three. But narrow I did, so for this installment of our series we have Home Depot (HD -0.20%), Universal Display (OLED 0.43%), and MGM Resorts International (MGM 2.14%). 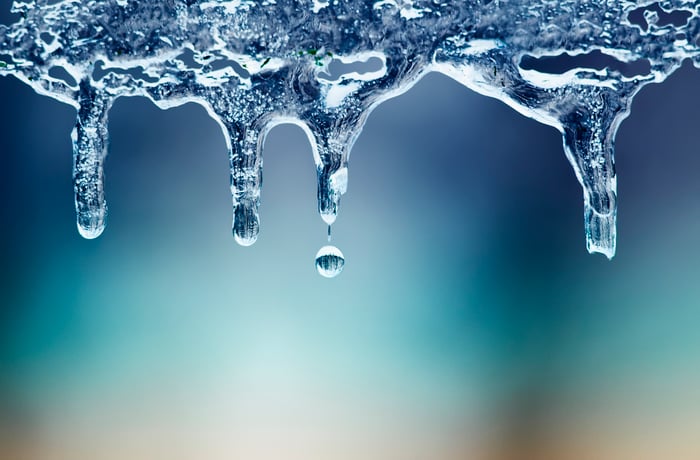 Home-improvement retail king Home Depot's upcoming quarterly dividend payout will be $1.03 per share. That's a nearly 16% boost from its current level and represents the ninth year in a row the company has raised its distribution.

A number of positive factors, including the success of its "interconnected retail strategy," have goosed Home Depot's results lately. The company's just-reported Q4 was a good one, with net sales coming in 7.5% higher on a year-over-year basis to nearly $24 billion, on same-store sales that rose at a similar rate.

Adjusted net profit increased to $1.8 billion, only 2% higher, but much of this was due to a one-time charge booked to accord with the government's upcoming corporate tax reform. 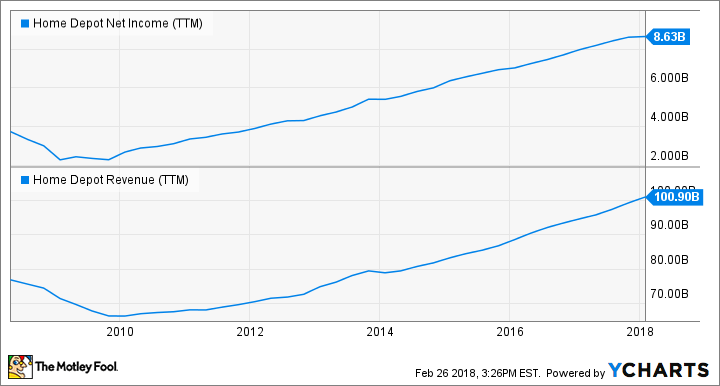 Those positive factors should continue in 2018; consequently, management is predicting that net sales growth will be around 6.5% for this fiscal year. Home Depot's operating and free cash flow were up slightly in 2017, and while I feel the company spends more than it needs to on share buybacks, its track record augurs well for the viability of the new dividend.

That distribution is to be paid next on March 22 to stockholders of record as of March 8. It yields 2.2% at the current share price, which beats the 1.8% average of dividend-paying stocks on the S&P 500. Its payout ratio is 61%.

In spite of a quarter that somehow disappointed investors, organic light-emitting diode supplier Universal Display is doubling its current quarterly dividend. It will now pay out $0.06 per share.

The company finished its fiscal 2017 by delivering a Q4 that featured a 55% increase in revenue to nearly $116 million, and a whopping 72% gain in adjusted net income to just over $44 million.

However, Universal Display proffered guidance that wasn't to the market's liking. The company believes its fiscal 2018 top line will be $350 million to $380 million. That represents growth of at least 4%, but analysts had been expecting nearly $400 million for the year. The company's stock, previously a highflier, traded down notably on the news. 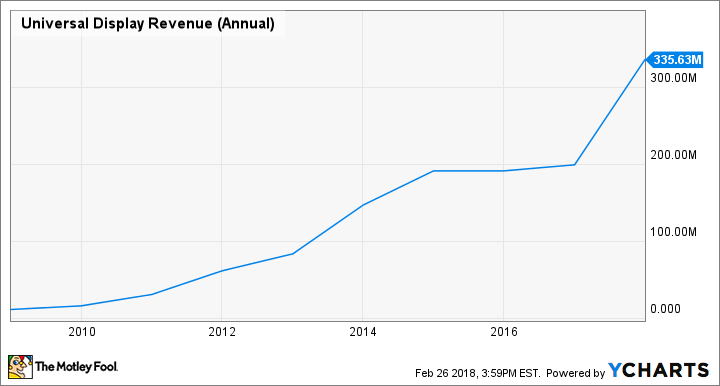 That, I believe, is a blip. The company still has excellent prospects, even if it misses the occasional lofty expectation from the market. Meanwhile, as a dividend payer, it's sound -- operating and free cash flow were both significantly higher in fiscal 2017, and relative to its free cash flow, it's rather frugal with its dividend. Even with the 100% increase, the new distribution is more than sustainable.

Universal Display will switch on its raised dividend on March 30 to shareholders of record as of March 15. The dividend's payout ratio is a very thin 6%, and it would yield 0.2%.

Veteran casino operator MGM Resorts International is adding a few chips to its quarterly distribution. The company announced it's raising its payout by 9%, to $0.12 per share.

In contrast to big competitors Wynn International and Las Vegas Sands, MGM still makes most of its money with its lineup of U.S. resorts -- most of which, naturally, are in Las Vegas. The hot growth is elsewhere these days, most notably in the resurgent Chinese gaming enclave of Macau.

Collectively, MGM's properties brought in revenue of slightly under $2.6 billion in Q4, 6% higher year over year. Adjusted net profit, though, plunged into the red at $0.10 per share. Much of this can be ascribed to sluggish results in Las Vegas, which isn't growing anywhere nearly as much as Macau. 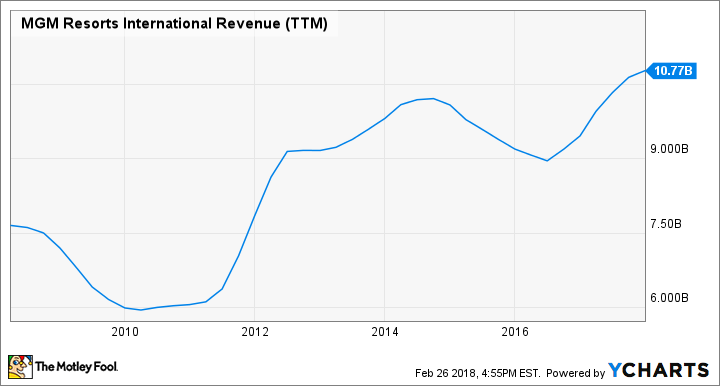 Happily for investors, MGM very recently doubled down on Macau, with its majority-owned MGM China Holdings venture opening its second resort there. The MGM Cotai is a monster, with 1,400 rooms, a big theater, and even a sizable art collection. Its opening coincided with a surge in Macau gaming revenue, and it should benefit nicely from the upswing.

That, in turn, should have a positive effect on profitability and cash flow. I think the company won't have much of a problem at least sustaining this modestly raised payout.

MGM's upcoming dividend will be paid on March 15 to investors of record as of March 9. It yields a theoretical 1.4%.

Time for a rest?

As with the preceding week, last week saw dozens of raises from companies on the stock market, suggesting that the recent rally in raises isn't about to slow down. But as ever, things will enter a fallow period at some point, now that we're moving away from earnings season. Income investors, enjoy the action while you can.