Later this year, Apple (NASDAQ:AAPL) is expected to launch a trio of new iPhones. These devices are expected to come equipped with a new applications processor that's likely to be called the A12 (along with a suffix similar to "Fusion" or "Bionic").

In this column, I'll tell you why Apple will be able to deliver a larger-than-typical generational jump in both CPU and graphics performance with the A12. 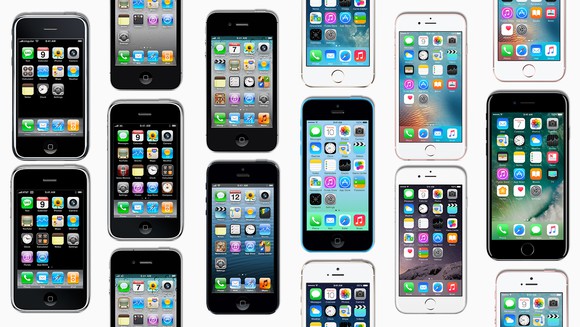 Apple's A-series processors are designed with the requirements and limitations of the iPhones that they'll be going into. The last four A-series processor generations (A8, A9, A10, and A11) have been designed to deliver full performance in devices with the same basic form factor and battery capacity of an iPhone 6.

For some perspective, the iPhone 6 came with a battery with a capacity of 1,810 milliampere hours, which is substantially lower than the battery capacities of competing flagship smartphones. Successors to the iPhone 6 had batteries with similar battery capacities. Generally speaking, phones with higher capacity batteries can have processors that draw more current over time as well as potentially more current at any given instant. In a nutshell, smartphones with bigger batteries can have faster processors without hurting battery life or risking unexpected shutdowns.

Being free from the shackles of the standard-size iPhone should allow Apple to dramatically increase the peak power consumption of the A12 chip, which should mean substantially better peak performance. That increased power budget, coupled with the natural performance and efficiency improvements that Apple should get from the updated chip design and improved chip manufacturing technology, could mean a huge performance boost for this year's iPhone models compare to the 2017 models.

You may recall that Apple took a lot of flak because older iPhone models with degraded batteries had their performance levels throttled to avoid unexpected shutdowns. I suspect the throttling was much more pronounced (and kicked in much sooner) in the regular-sized iPhone models than it was in the iPhone Plus models because the Plus models have substantially larger batteries than their non-Plus counterparts.

Since the upcoming crop of iPhone models will all have substantially larger batteries than the standard iPhone models did in prior years, I expect that all new iPhones will be far more resistant to performance throttling over time due to battery capacity degradation -- even if Apple increases the peak current draw of its future A-series processors. This could save Apple from facing the public relations nightmare that it did with the iPhone 6-series and iPhone 6s-series devices.