Coming into this week's earnings release for Veeva Systems (NYSE:VEEV), Wall Street was expecting to see the company continue to grow the top line by at least 20%. That's what happens when you become the go-to cloud provider for mission-critical applications in the pharmaceutical industry.

What it wasn't expecting, however, was bottom-line growth of any kind. With all of the investments the company is making to build its moat, many shareholders had accepted that earnings growth would have to wait.

Then earnings came out, showing not only that non-GAAP earnings were growing, but that they were expected to continue growing in 2018...by as much as 40%! 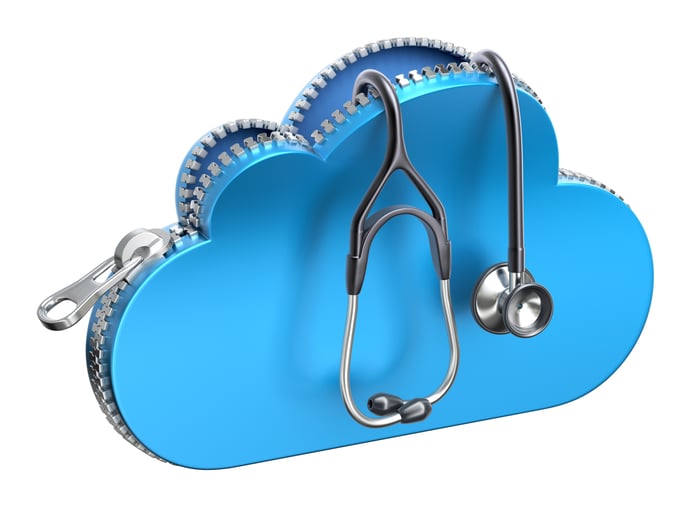 Before we dive into all the moving parts at Veeva -- and there are many -- let's look at the headline numbers for the fourth quarter.

It's important to note, as well, that revenue from subscription services -- which is the true signal that's worth paying attention to -- increased at an even faster pace of 26% from the same time last year.

The company was also able to flex its leverage muscles, which helps explain why it was able to grow earnings while many were expecting the bottom line to shrink by a small margin. When stock-based compensation is backed out, gross margin for subscription services expanded 141 basis points to 80.5%.

And while (non-GAAP) spending on research and development grew faster than revenue (42%), Veeva was able to grow subscription sales by 26% while only increasing the spend on sales and marketing by 15%. This demonstrates the inherent leverage in the business model once pharmaceutical companies enter the Veeva ecosystem: There are only marginal costs associated with getting such companies to use ever-more Veeva solutions.

But perhaps the most encouraging tidbit of information came from CFO Tim Cabral, who stated:

Our revenue retention rate was 121%. This ... reflects annualized subscription revenue growth within existing customers, net of revenue attrition. This demonstrates our focus on delivering increasing value to our customers over time.

In other words, most customers are staying with Veeva, and those that stay are increasingly using more Veeva solutions. The bottom line for shareholders is simple: The business is getting stickier, which means high switching costs creating a wide moat, which gives Veeva not only reliable revenue streams, but pricing power over the long run.

Perhaps most interesting, the company's foray into cloud services outside of pharmaceuticals -- dubbed Vault QualityOne -- is showing impressive traction. More than 20 companies have signed on, including two of the top 30 chemical companies in the world. Such success -- spurred by word-of-mouth advertising -- could be a sign of bigger things to come from this burgeoning experiment within Veeva's sales force.

But Veeva saved perhaps the best piece of information for last. While overall revenue is expected to grow by just under 20% to a midpoint of $818 million over the next fiscal year, non-GAAP earnings should show remarkable growth -- as much as 43% to a midpoint of $1.32 per share.

Shareholders were obviously pleased with that news, as the stock traded up by as much as 11% on Wednesday after earnings were announced.