Shares of Macy's (NYSE:M) rallied on Feb. 27 after the department store chain's fourth-quarter numbers beat expectations on comparable-store sales and earnings growth. But even after that post-earnings pop, Macy's stock remains more than 60% below the multiyear high of $72 it hit in mid-2015.

Many value investors argue that Macy's is a compelling buy at less than 8 times its projected earnings of $3.65 (at the midpoint) for 2018. Income investors also love its forward dividend yield of 5.5% and note that it has hiked that payout annually for seven straight years. 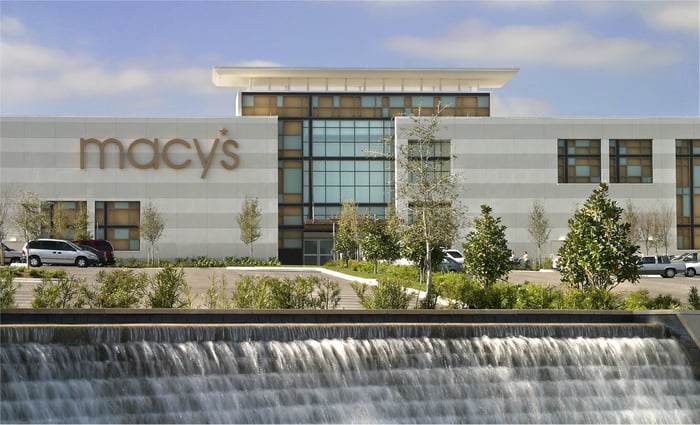 However, the bears believe Macy's still operates too many brick-and-mortar stores, that its e-commerce plans aren't compelling, and that it's only a matter of time before Amazon finally torpedoes the 159 year-old retailer. Let's dig deeper into the pros and cons of Macy's fourth quarter to decide if the bull or bear case is more compelling.

Macy's reported 1.3% comps growth at its owned stores during the quarter, topping expectations of 0.1%. On an owned-plus-license basis, its comps rose 1.4%.

The company attributed its strong growth to fresher merchandise in its stores, less carryover from the holidays, investments in its loyalty program, fewer flash sales, and the monetization of its real estate. Its latest initiatives -- like new pop-up shops, Bluemercury beauty specialty stores, and Backstage off-price stores -- are also offsetting the weakness of its namesake brand.

The big problem with Macy's is that its overall revenue growth remains weak, despite its improving comps growth. Macy's revenue rose 1.8% annually to $8.67 billion during the quarter, marking its first quarter of positive growth in four years -- but it still missed expectations by $10 million. 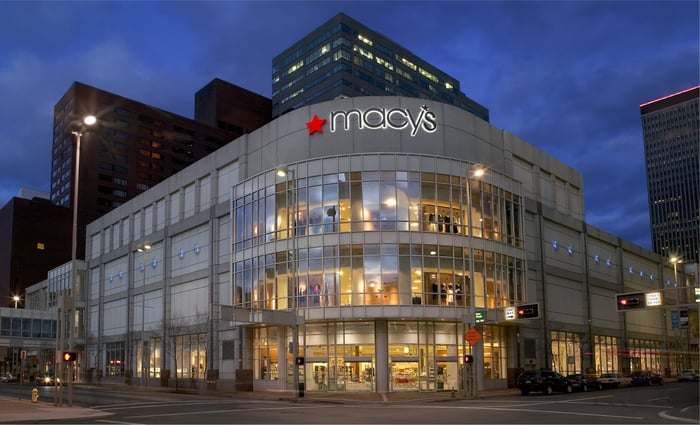 For fiscal 2018, management expects its revenue to fall 0.5% to 2%, which is well below its forecast for flat to 1% comps growth.

This indicates that Macy's will likely shutter more stores in 2018, which will boost its comps growth (by removing the weaker locations) but throttle its overall top line. The company has already closed (or announced the closings) of 83 of the 100 store closures it unveiled in Aug. 2016.

Macy's "real" earnings growth is also obfuscated by its real estate transactions, which generated $544 million in gains 2017; $368 million of that total was booked in the fourth quarter alone. To get a better idea of Macy's profitability without all the real-estate transactions, investors should look at its gross margin -- which dipped 10 basis points annually to 38.2%.

I'm not saying that monetizing Macy's real estate -- like selling prime locations and leasing them back -- is a bad idea. Macy's is currently working with Brookfield Asset Management on those options, and those moves could keep boosting its profits. But Macy's needs to beware of using its real estate as a crutch, as Sears Holdings did, while ignoring the main problems with its core business.

So is it time for Macy's stock to shine?

I was bearish on Macy's last year and warned investors that it could be a high-yield trap. However, I didn't expect Macy's to stabilize its comps growth so soon, and I underestimated the earnings-boosting potential of its real estate holdings. I'm not turning bullish on Macy's yet, but I'm also not dismissing it as the "next Sears Holdings" anymore.

Is It Finally Time for Macy's Stock to Shine? @themotleyfool #stocks $M Next Article
Current