So far this decade, Garmin (NASDAQ:GRMN) hasn't exactly been dynamic on the dividend front. Since switching from an annual to a quarterly payout in 2011, the company has raised its distribution only three times. And the last raise the company enacted was back in mid-2015.

At the end of February, Garmin cleaned the rust from its dividend-lifting machine, saying that it intended to make its first raise in the Trump Era. Here's a closer look at the upcoming boost.

This decade didn't start out swimmingly for Garmin. The company struggled when the market dried up for dedicated GPS units, and it has since diversified into a broader consumer-electronics maker. Like many large-scale corporate shifts, this one wasn't quick or easy. The start of the 2010s saw the company's revenue and profitability slip. 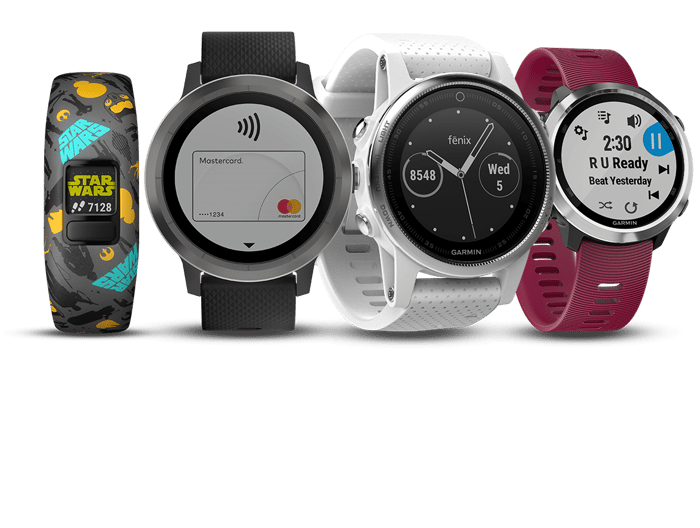 Over the past few years, though, both line items have been on the rise. The company's recently released fiscal 2017 numbers were quite good, with annual net sales rising by 2% on a year-over-year basis to nearly $3.1 billion.

That was on the back of robust 28% growth in the company's outdoor line of products, with the aviation and marine units also delivering double-digit increases. These compensated for weakness in the categories of fitness and auto -- basically the inheritance of its GPS business.

What's also encouraging is that the outdoor category, filled with products heavy on features, is home to relatively high-margin goods. This category helped adjusted net profit rise by 4% to just over $555 million, or $2.94 per share, resulting in a healthy 18% margin. That's the highest rate the company has posted in the past few years. 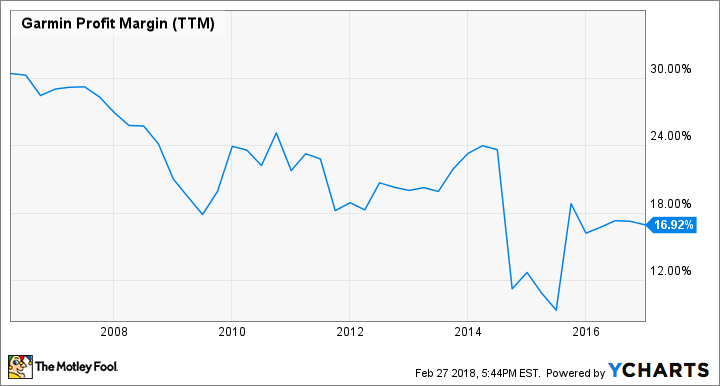 What's going right? Since its drift away from GPS, Garmin has developed a good sense for what the consumer electronics market wants and needs.

The current star performer, the outdoor segment, is a prime example. The popularity of these products has risen as they've absorbed the functionality of basic fitness trackers. After all, why buy a basic tracker when you can get a reasonably priced computer on your wrist that includes one in its software package?

This shift has hurt businesses that are slower to change -- Fitbit (NYSE:FIT) is exhibit A here -- and benefited savvy, quicker-reacting operators like Garmin.

This train should keep rolling. Americans like their gadgets, and they like Garmin's gadgets. Thanks to anticipated growth in the outdoor, marine, and aviation categories -- and despite another probable slide in auto -- the company believes it will book revenue of roughly $3.2 billion this fiscal year. Meanwhile, Garmin believes its EPS will be $3.05. Both targets would represent growth of around 4% year over year.

So in short, Garmin's doing a good job with its shift. Even if its growth rates aren't spectacular, the company is lifting its results in a tough, competitive business -- again, look at the casualties like Fitbit. Garmin expects continued modest growth, which is probably a key reason it's aiming for a correspondingly modest lift in the dividend. It's an appropriate move that should help keep investors interested in its recovery-and-growth story.

I should note that the company's proposed new dividend hasn't been officially declared, but this is a formality; board recommendations like this have a way of sailing through smoothly. The recommendation is for a 4% raise to $0.53 per share, which would be first be paid on June 29 to stockholders of record as of June 18. The payout ratio for the new distribution is 67%, and it would yield 3.5%.