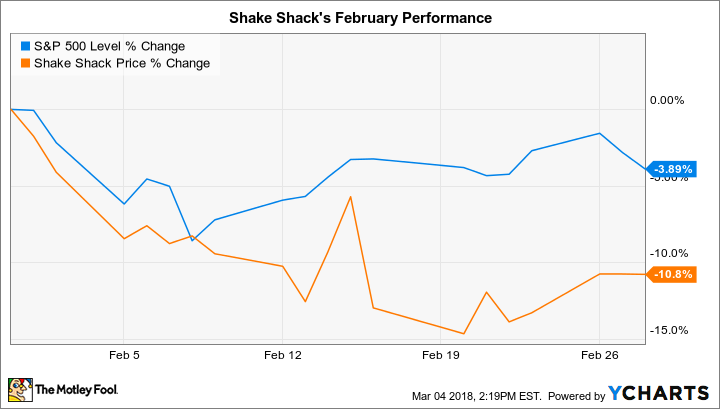 The drop left shareholders just slightly ahead of the S&P 500 over the past year.

Investors weren't excited about the chain's fourth-quarter earnings numbers, which were released in the middle of the month. In that report, Shack Shack revealed a 31% sales spike that was driven almost entirely by its growing restaurant footprint. 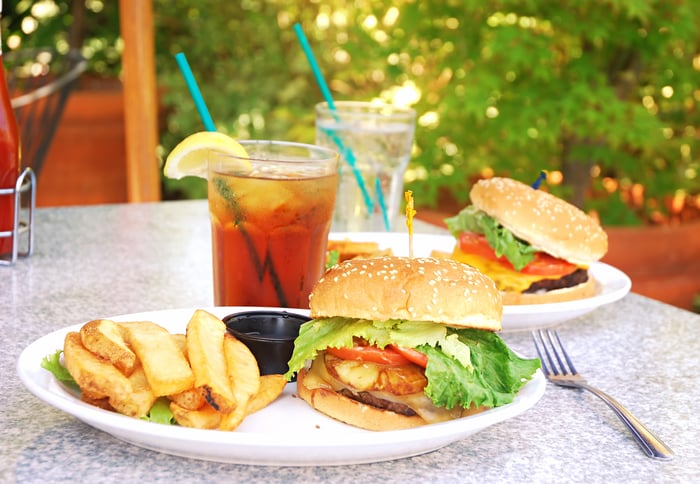 Revenue at existing locations ticked higher by less than 1% for the quarter and dipped by 1% for the full year to significantly lag established rivals, including McDonald's.

CEO Randy Garutti and his team have warned investors to expect profitability and average sales volumes to continue falling over the coming quarters as Shake Shack diversifies its geographic base to include less densely populated areas than its current New York metropolitan focus. Yet the company still believes it can eventually reach 450 restaurants across the country, and management's plans call for that base to roughly double to 200 locations between now and 2020.