Shares of XL Group Ltd (NYSE:XL) are up by more than 29% as of noon EST Monday after the company agreed to be acquired by AXA (OTC:AXAHY), a French insurance company. The all-cash deal values XL Group stock at $57.60 per share.

XL Group is about one-third reinsurer and two-thirds insurer, and it makes its money underwriting policies in the United States and abroad. The company had a rough 2017, as hurricane- and storm-related losses weighed on the entire industry. XL Group reported a combined ratio of 108.3% last year, losing money in insurance and reinsurance. In 2016, XL Group's insurance and reinsurance units reported underwriting profits. 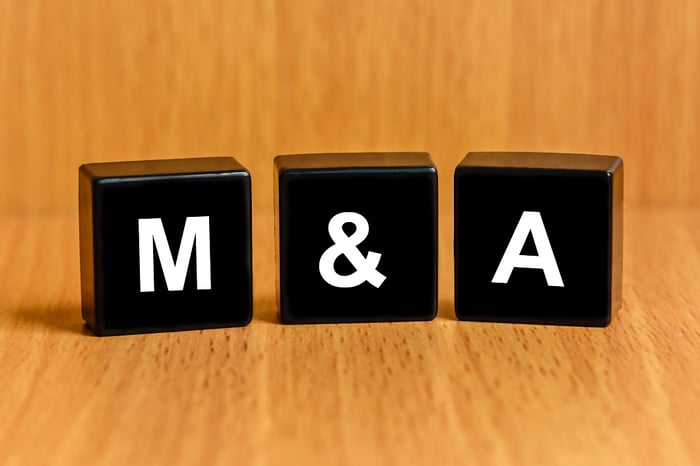 AXA said the deal is all about scale, as the combined company will rank No. 1 globally in property and casualty insurance lines. It plans to finance the transaction with cash on hand ($4.3 billion), subordinated debt ($3.7 billion), and proceeds from the planned initial public offering of its U.S. business ($7.4 billion). Notably, the company said it had backup bridge financing in place to cover amounts that it plans to raise from the IPO and debt issuance, if necessary.

AXA believes it can eliminate expenses and generate a high return on its investment. The company said in a press release that after accounting for revenue and expense synergies, the offer values XL Group at just 11 times earnings.

XL Group shareholders are happy to see shares sell at a premium, but AXA investors don't seem too enthused about the terms. Shares of AXA are down about 10% on news of the acquisition.

By at least one measure, the deal values XL Group rich multiple. At $57.60 per share, AXA agreed to pay about two times tangible book value for XL Group.

It's the second major insurance deal this year, following in the footsteps of AIG, which agreed to acquire Validus Holdings for $5.6 billion in January.