In January, electric-car maker Tesla (NASDAQ:TSLA) announced a nutty compensation plan for CEO Elon Musk. The proposed package has the potential of granting him an additional 12% of all outstanding shares if Tesla were able to hit all of the required market cap and operational milestones over the next 10 years. That would include Tesla reaching a market cap of $650 billion, compared to its current market cap of about $55 billion. At current share prices, the total package is valued at around $2.6 billion.

Investors are preparing to vote on the compensation package later this month at a special shareholder meeting, with Musk and his brother Kimbal Musk recusing themselves from that vote to avoid potential conflicts of interest. However, prominent proxy advisor Glass Lewis is advising its clients to vote against the package. 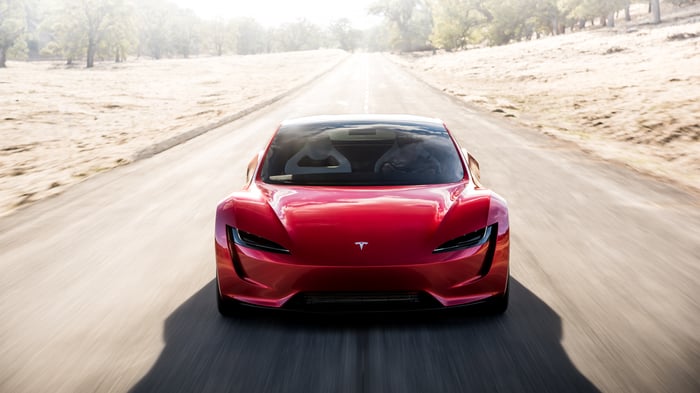 Is such a generous package necessary?

Bloomberg reports that Glass Lewis believes the plan will cost shareholders too much, including the dilutive hit that other investors would bear. Glass Lewis argues that the additional 12% stake isn't necessary to motivate Musk, in part because he already has a 20% stake that should serve as incentive to focus on growing the business. The award would be one of the largest equity awards ever granted to an executive.

Tesla has said the package, the structure of which is based on a similar compensation package granted to Musk in 2012, will help retain Musk and ensure he continues leading Tesla for at least another decade. In addition to the aforementioned milestones, Musk must remain as CEO or simultaneously serve as executive chairman and chief product officer. In either scenario, Tesla leadership would ultimately report to him, even if the company were to hire another CEO in the future.

It's worth noting that Glass Lewis had also recommended against Tesla's controversial acquisition of sister company SolarCity in 2016, but that recommendation seemingly fell on deaf ears: Tesla shareholders approved the deal by an overwhelming margin. Potential conflicts of interests led several members of Tesla's and SolarCity's respective boards of directors (including Musk) to recuse themselves from that vote, which ended up passing after 85% of votes were in favor of the deal.

Glass Lewis' larger peer Institutional Shareholder Services (ISS) has not yet reached a formal recommendation regarding the proposed compensation package, according to MarketWatch.