Shares of The Madison Square Garden Company (NYSE:MSGN) moved higher last month as the sports and entertainment company posted a solid second-quarter earnings report and as activist investor Silver Lake took a stake in it toward the end of the month. According to data from S&P Global Market Intelligence, the stock jumped 13% last month.

As the chart below shows, MSG's gains came almost entirely in the second half of the month. 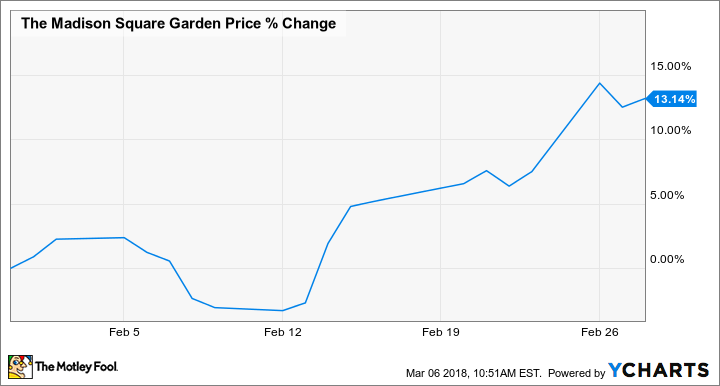 The company named for the arena that hosts the NBA's Knicks and the NHL's Rangers said revenue in its second quarter jumped 20% to $536.3 million, which easily beat estimates of $523 million. Revenue in its entertainment division surged 41% due to acquisition of the Tao Group, Counter Logic Gaming, and Obscura Digital and an increase in revenue from the annual Christmas Spectacular productions as well as events at several of its venues, including a new push into Vegas. Adjusted operating income increased 23% to $118 million, and adjusted earnings per share climbed from $2.41 to $3.19, well ahead of estimates at $2.05. 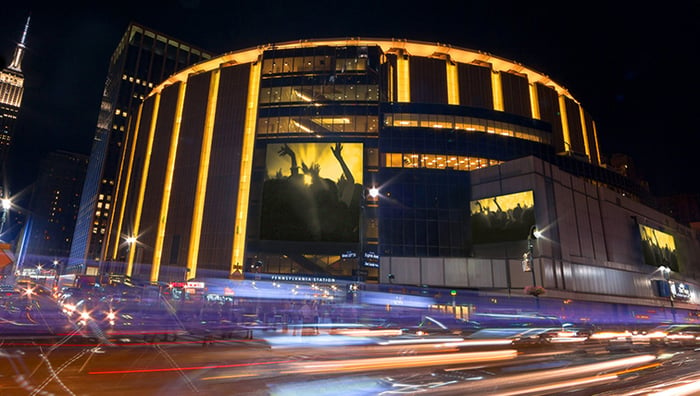 Shares rose 1.4% on the earnings release, and didn't really go higher until the news about Silver Lake broke. The private equity firm took a 6.3% stake in MSG, saying it aims to support the company's "efforts to create long-term value." Considering the Dolan family controls a majority of the stock, it may be difficult for Silver Lake to agitate for any major changes. Still, investors were encouraged by the news, sending the stock up 6% on Feb. 26.

With a unique set of assets, it's easy to see why MSG would attract attention from the likes of Silver Lake, which also owns a stake in the Ultimate Fighting Championship, the mixed martial arts company. On March 1, MSG also entered a naming rights deal with Hulu to rename MSG's theater as the Hulu Theater at Madison Square Garden.

As brick-and-mortar spaces are moving from retail to activities, and millennials prefer to spend money on experiences rather than things, Madison Square Garden Company looks like a good bet for continued growth.